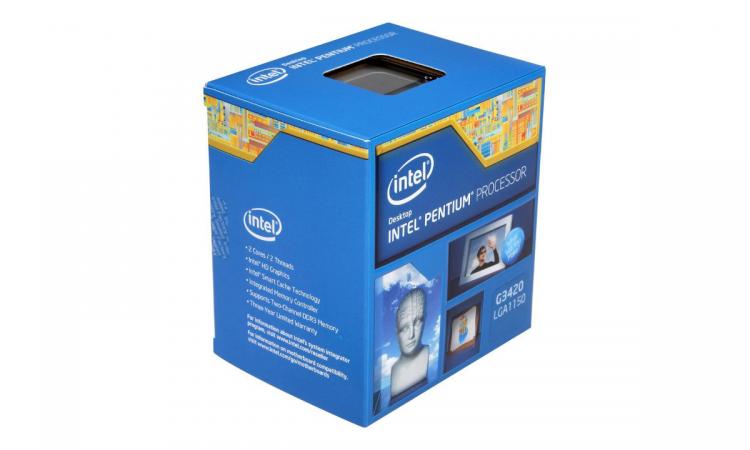 In a move that might be a sign of continued pressure on 14nm CPU supply, Intel have this week discontinued the end-of-life procedure for their Pentium G3420, resuming shipments of this chip until at least May 2020. The policy has changed (announced via a notification added to their PCN database) scarcely two weeks after EOL procedures began, which would have formally taken it off sale for the first time since its release in Q3 2013. Just one word is on the lips of the tech press: 'Why?'.

Intel's 14nm supply woes and lack of progress in releasing mass-market 10nm chips have been much-discussed, and the continued presence of the Pentium Q3420 in the market was testament to that fact. This 22nm CPU, born in the Haswell era and designed for the now all-but obsolete LGA1150 8x and 9x-series motherboards, represented a budget dual-core option for OEM markets as the competition presented by 1st Generation Ryzen started to bite. With mature 14nm wafers increasingly allocated to more profitable designs, there simply wasn't enough low-performance (and implicitly defective if they only had two good active cores) 14nm CPUs to allocate to this segment.

The Pentium G3420 is an otherwise unremarkable CPU. Based on the neutered Pentium variant of the Haswell microarchitecture, it features only two cores clocked at 3.2GHz, no hyperthreading, minor integrated graphics, a locked multiplier, and support for only DDR3 memory. With a TDP of 53W it's not even an especially power-efficient CPU, even compared to contemporary rivals. That said, it's likely been a workhorse in commercial environments where cost rather than performance was king.

Still, six years with an old architecture and flagging socket specification is surely long enough. The advisory however notes that a change to Intel's product roadmap made the revision necessary, likely indicating that budget CPUs for current and future Intel platforms will be hard to come by as they prioritise mainstream and performance segments on 14nm.

It's unknown if only OEM customers are affected by this change and whether it is isolated to certain geographic regions. But the Pentium G3420's apparent incompatibility with even Skylake-era LGA1151 motherboards indicates that there must be troubling holes in Intel's planned 2020 product range, and budget PC customers should be careful to double-check system specifications to ensure they're not sold a PC based on an effectively defunct platform unknowingly.