Intel has apparently been having issues with the 'Patsburg-X' (X79 chipset) which was meant to be similar to the XEON Patsburg-D features with consumer level tweaks. Though Intel are trying to push for launch before 2012, to do this they may end up cutting the chipset features to be closer to 'Patsburg-B', resulting in less features for the consumer. Sandy Bridge-E is targeting high level performance and enthusiasts and one word enthusiasts loathe is 'less'. Though its not all too bad as it would appear that the primary loss will be storage options and PCI-E Gen3 uplnk to the cpu. 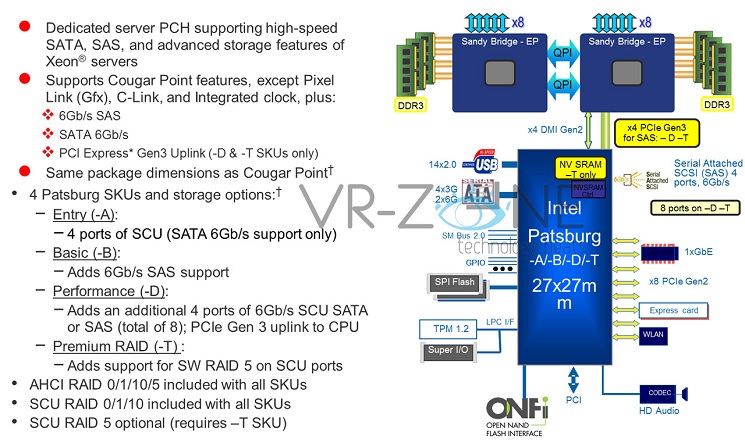 This diagram shows the Patsburg feature set and differences between each variation.