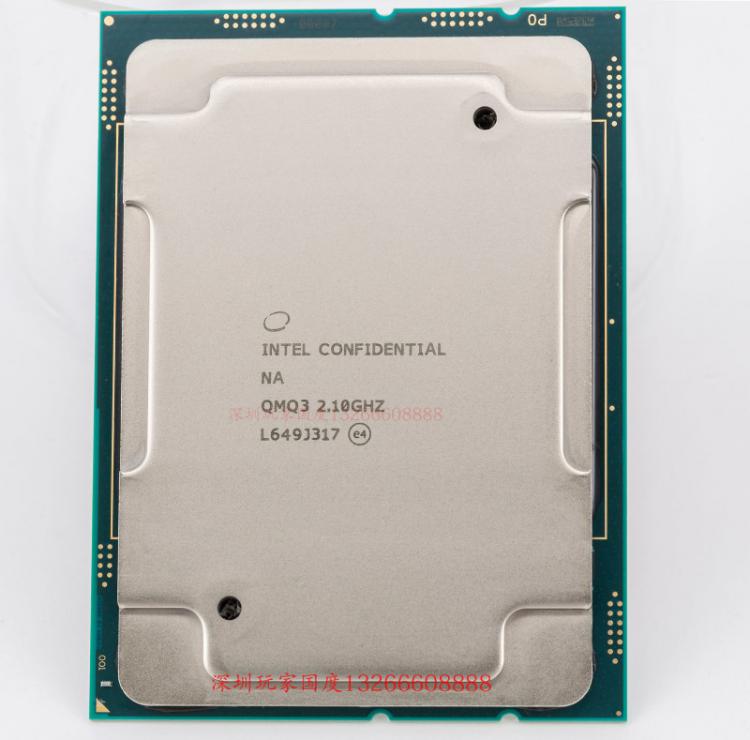 Attention in the PC technology arena is currently focussed on one key market... well, at least as far as CPUs and motherboards are concerned: the High End Desktop. Both Intel and AMD will be releasing their next-generation variants in the coming weeks and/or months in the form of Skylake-X and Threadripper, but we should not forget that this isn't the limit of their ambitions. In that vein, Intel are putting the finishing touches to their Xeon Skylake-E/EP CPU lineup for workstations and server environments, and it appears that a few more details of their flagship have been leaked.

The Intel Xeon Platinum 8176 is one of those monster CPUs which are never really seen in the desktop market. This SKU sits at the top of Intel's Xeon processor Scalable Platform for enterprise-class solutions, designed for best possible performance and platform flexibility, and is typically intended for 4- and 8-CPU socket system configurations.

Physically, it's a 28-core/56-thread behemoth based on the Skylake-EP architecture that slots into an LGA-3647 socket on Intel's C621 chipset motherboards. Now it appears that two of these CPUs have been benchmarked - in a dual-CPU configuration that amounts to a total of 56 physical cores and support as many as 112 independent threads. 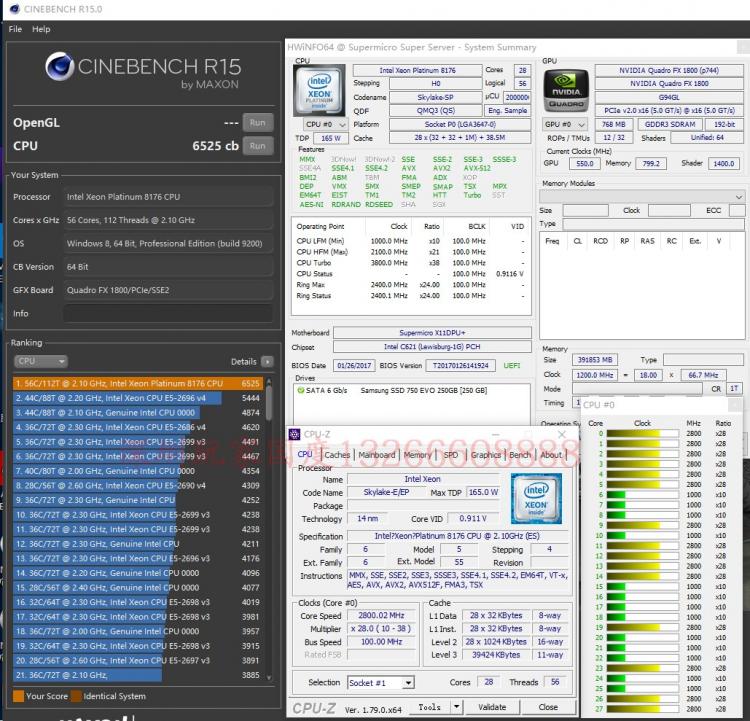 There aren't many benchmarking applications which can handle a CPU of this magnitude, but Cinebench R15 is one. Scoring 6525 marks, it breezed past the previous high watermark of 5444 set by a dual-socket configuration of two 22C/44T Xeon ES-2696v4's. It's also impressive that such a massive CPU was able to maintain core frequencies of 2.1GHz and hit Turbo frequencies of 2.8GHz across all cores under suitable workloads.

More ink will no-doubt be spilled over Intel's Xeon Enterprise platform, but for now there's just a tantalising glimpse of what is to come.