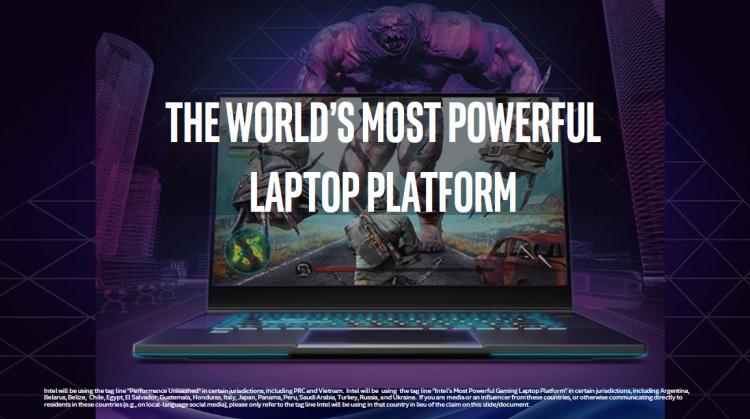 In 2018 Intel tore up their mainstream CPU playbook, pushing their platform to the limit with a new 8-core, 16-thread CPU for their desktop platform: the Core i9-9900K. Based on Coffee Lake architecture and manufactured using an optimised 14nm process, it was by some margin the highest performing mainstream CPU to date and eclipsed only in the High End Desktop arena.

Intels 9th Generation also brought 8C/8T and 6C/6T models to their mainstream performance desktop platform, but the selection of SKUs available was not quite as broad as we have come to expect. More recently iGPU-disabled F-series chips have also entered the market, but generally speaking the Intel 9th Gen on desktop has appeared spartan and non-existent on laptops. That is, until today. 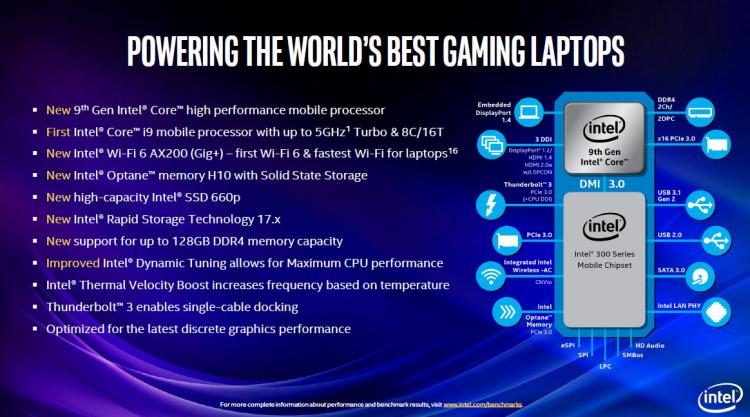 Billed as the Worlds Most Powerful Laptop Platform, Intel 9th Generation mobile CPUs bring the unstinting potential of their desktop counterparts to a more portable space. Those who require the absolute fastest solution for this form factor, no questions asked, suddenly got a very compelling new solution.

Core, Thread and GHz metrics are going to be the most discussed aspects of Intels platform update, but these arent the only improvements incorporated into this generation. From Wi-Fi 6 support, Intel Optane memory H10 modules and greater memory capacity, almost every aspect has been polished from top to bottom to shine, potentially as a last hurrah for 14nm CPUs and Coffee Lake. 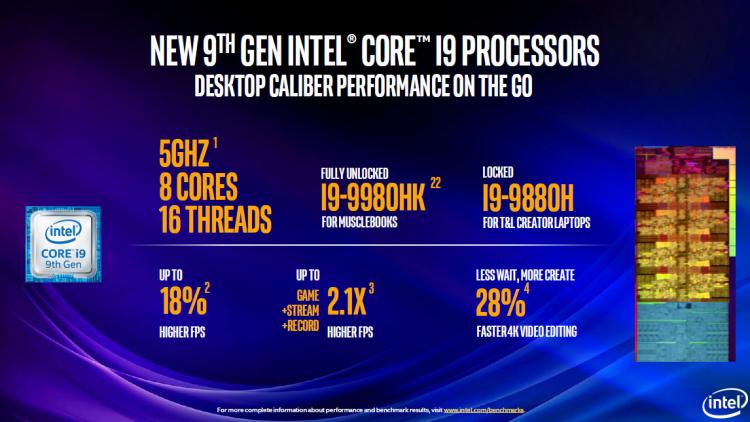 Embodying the concept of a flagship model is the Core i9-9980HK, a brute of a CPU with eight cores and support for sixteen independent threads. Clearly multi-tasking/megatasking workloads or applications which leverage those cores will benefit massively compared to Intels prior best on mobile, the 6-core/12-thread Core i7-8850H. And as a result it will be looked upon favourably by enthusiasts and content creators alike, the largest demographic who use their laptop as a workhorse system.

Intel coin the term musclebooks for laptops which are equipped to support an unlocked Core i9-9980HK, a term which we find particularly appropriate. However if overclocking isnt necessary then the locked 8C/16T Core i9-8880 should still be a compelling alternative despite very slightly more conservative operating frequencies compared to its top-end sibling.

More generally, users on a 3 year upgrade cycle should be quids in with the new 9th Generation platform. Like for like performance is expected to be around 33% higher, not least down to 6-core models entering the mid-range and all models featuring hyperthreading as standard.

Laptops with Intel 9th Generation CPUs are available today in a wide range of configurations from any of your preferred OEMs. 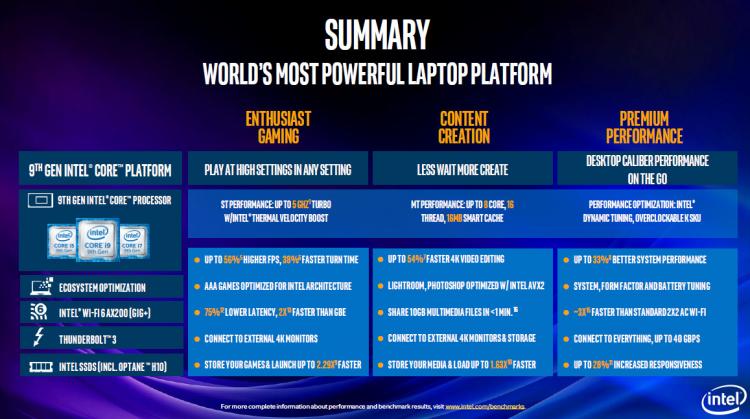 If you wanted more upgrade options on the desktop then the Intel 9th Generation refresh should be more than enough for your requirements. Eighteen models have been added to the Core CPU range, with a particular focus on the Core i3 selection, while budget-based dual-core Intel 9th Gen. Pentium Gold and Silver models are also finally released.

When CPUs with the F denominator launched earlier this year support for the full range of CPU features because a little more patchy. That trend continues somewhat with the new SKUs, introducing more F-series chips alongside selective support for DDR4-2666 and DDR4-2400 memory. However all the new models bring Intel Optane Memory support.

Not all that long ago quad-core architecture was the most youd expect on Intels mainstream platform. Today five new Core i3-models reinforce it as the minimum, starting from the Core i3-9100. Core-i5 is now set as the range configured to support six discrete cores, while Core i7 and above are all 8-core models. That said, hyperthreading on desktop is exclusive to Core i9, a marked departure from mobile where its the norm, rather than the exception.

As part of this refresh Intel are also releasing a series of low power 9th Generation Core CPU, denoted by the T suffix. Each sit within a TDP envelop of just 35W, making them ideal for AIOs and other low-power desktop systems. From Core i3-9100T to i9-9900T, they broadly match up with their full-power desktop counterparts in terms of core configuration while being clocked slightly lower.

While that is a quick overview of Today's Intel 9th Generation CPU update, we should also briefly discuss the Intel Optane Memory H10 module with integrated Solid State Storage.

Until now Intel's Optane Memory components for consumers have been packaged in an M.2 drive configuration, supported exclusively on Intel's desktop and laptop platforms. As a small capacity (16-32GB) caching drive it would need to be installed alongside other storage, slightly increasing the solution's overall footprint and requiring the use of an M.2 slot on the motherboard over a different NVMe solution with higher capacity. That's far from ideal, for space-constrained laptops in particular.

The H10 module takes a slightly different swipe at the problem by integrating QLC NAND onto the M.2 drive package. This compact solution offers up to 1TB of system storage with on-board Optane memory still acting as a caching drive, accelerating access of frequently used data.