Intel, still set to release 'Ivy Bridge' come April 2012, may release Haswell CPUs within a year of Ivy Bridge coming to market. The relentless Tick-Tock model Intel adheres to marches towards 22nm fabrication and beyond, however, the slide does not show any information of Ivy Bridge-E, the replacement of the current extreme platform's Sandy Bridge-E. This slide sees into the second half of 2013, meaning Sandy Bridge-E will span over 3 generations of Intel's mainsteam and performance architectures. Sandy Bridge, Ivy Bridge and Haswell. Haswell will have a new socket, LGA1150, and will not be compatible with current LGA1155 socket motherboards. 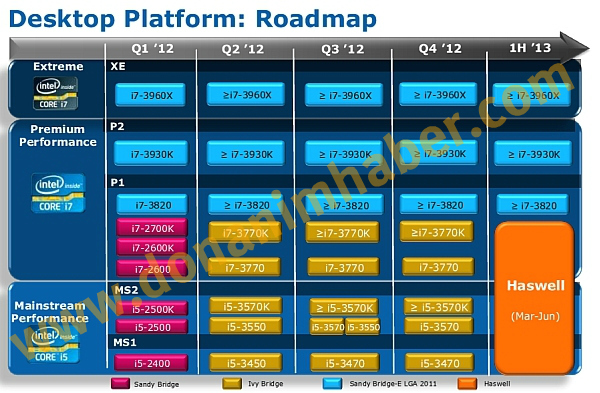 For information on Haswell's graphics enhancements check out this article by VR Zone.