In a press conference earlier this week with Intel the details of their Skull Cannon NUC has been released. The Skull Cannon NUC targets enthusiasts looking for an amazing small form factor gaming experience. With people's tastes turning towards small form factor computers or SFF, companies are trying their best to get a foothold in this market and this is Intels flagship NUC.

So what's in this Intel NUC? The Intel NUC6i7KYK dubbed Skull Cannon features a fully packed Intel Core i7-6770HQ Skylake with 4 cores and 8 threads clocked to 2.6 GHz with a turbo to 3.5 GHz. This process also utilizes the 14nm manufacturing process, a 6MB L2, and a light maximum power draw at 45W TDP. You can put up to 2 DDR4 SO-DIMMs in this NUC with speeds of 2133+ Mhz.

If you may have noticed above, there's no external GPU listed in the part list? This NUC utilizes the Intel Iris Pro graphics 580. The Intel Iris Pro Graphics 580 offers 1152 GFlops of Single Precision or 1.15 TFlops. This is slightly above the Maxwell 1.0 graphic card: the Geforce GTX 750. This is also approximately equal to the graphics power of the Xbox One.

But if you don't want to run Triple A on medium to high settings at 1080p, that's ok because Intel has partnered with AMD to bring us AMDs XConnect technology. This will allow you to connect a full size Radeon GPU to the NUC via the Razer Core. 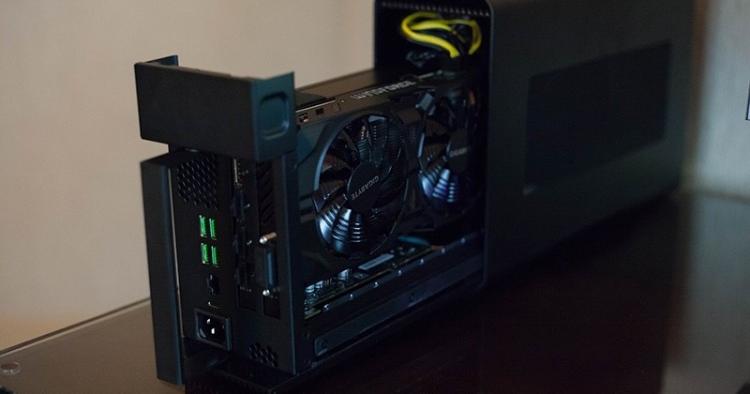 The Razer Core is compatible with the following Radeon GPUs

All these graphics cards connect via the Thunderbolt 3 port on the back of the NUC. Below are 1440P benchmarks of a Radeon Fury Nano paired with the Razer Core. 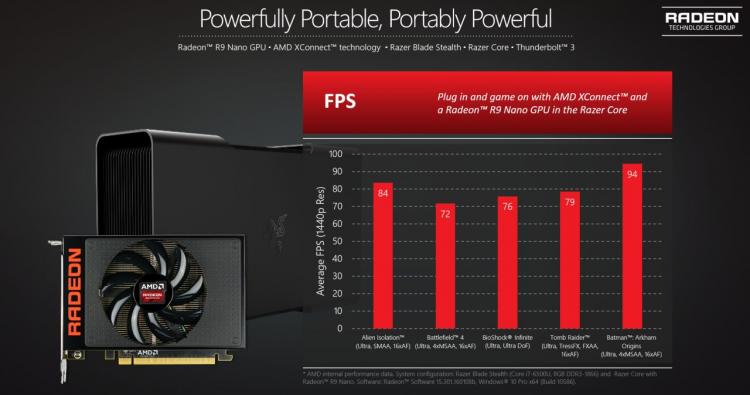 The Intel NUC kit (NUC6i7KYK) available for pre-order on Newegg in April 2016; product will begin shipping in May 2016.