We can hopefully expect 10 new processors being released on 9th January 2011 ranging from 2.5Ghz - 3.4Ghz (3.8Ghz with turbo boost) for the new Sandy Bridge lineup. Pricing ranges from $127-$317 for the bottom end i5-2400s and the top end i7-2600K which for us UK lot will probably equate to around the same price in pounds (factoring in the VAT increase and that we always pay more for things!). Expect a massive influx of motherboards to be released on the same day all vying for a piece of the market

Interestingly all the initial released chips are quad cores, even the i5s with the lower end duals, i3's and Pentium processors are expected to release at the end of February.

Time to save some of that Xmas money for the big upgrade in the New Year! Tell us your thoughts on our forum. 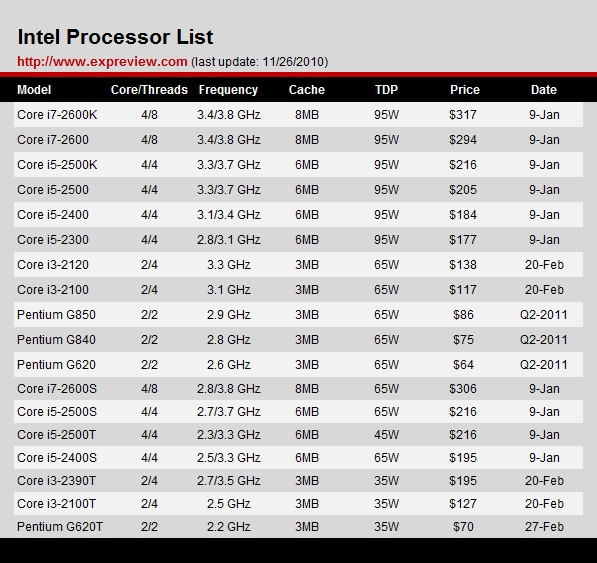