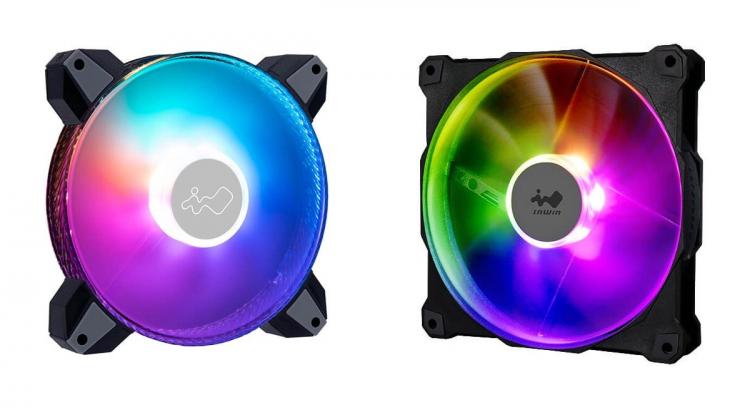 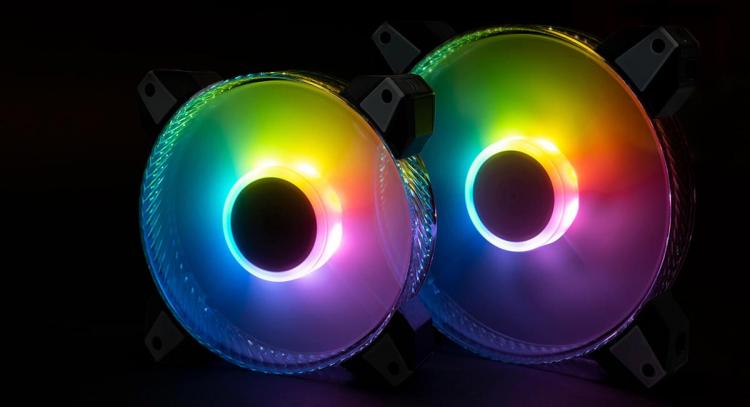 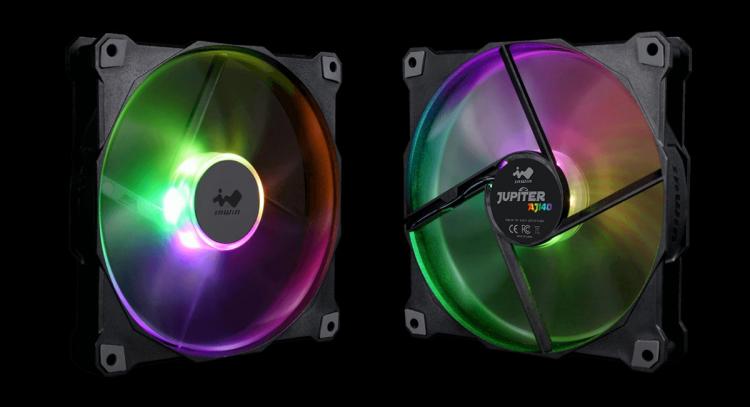 The InWin Saturn ASN140 provides up to 93.97CFM of airflow, while the InWin Jupiter AJ140 provides up to 100.45 CFM of airflow. Their wide speed range, 4-pin intelligent PWM control, and shock-proof rubber mounting pads mean they are ideal for either CPU coolers, liquid cooling radiators or as part of an air-cooled PC. Both series are equipped with sleeve bearings to provide lower noise output and a longer lifespan.

The Saturn and the Crown series are compatible, both include a patented modular cable design. In addition, the Saturn and the Jupiter series can daisy-chain up to six fans of the same series together, greatly simplifying cable management. This keeps PC builds tidy, it removes the stress of routing several cables and also bypasses the limitations of motherboards without sufficient fan connectors.

With 16.8 million lighting combinations via ARGB LEDS, users can truly colour coordinate their PC builds to perfectly match other components around set themes. Both series can sync with ARGB-enabled motherboard software from ASUS, Gigabyte, MSI or ASRock, or the lighting effect can also be controlled using the InWin ARGB One-Click controller. Triple packs of Saturn ASN140 and Jupiter AJ140 series fans include an ARGB One-Click controller, allowing a PC builder to easily control their lighting and upgrade their case aesthetics.