It's Black Friday All Week Long With MSI Gaming Laptops

'Tis the season for electronic bargains, and until November 30th UK retailers are offering some great Black Friday savings on MSI laptops for work and play. Deals start from £579 inc. V.A.T., and even include some premium gaming models with quad-core Intel CPU and discrete NVIDIA Graphics. Check out some of the highlights below:

Equipped with NVIDIA GTX 1080 and Intel Core i7 7700HQ, the MSI GT73 (1) is a gaming powerhouse in particularly attractive notebook form. In addition to GPU and CPU powerhouses, the model also sports 16GB DDR4 RAM, NVMe SSD and 17" 120Hz G-SYNC Panel. As with many in their gaming range MSI have enlisted the aid of Steelseries in designing their keyboard, ensuring that even this aspect isn't compromised by making the machine mobile. 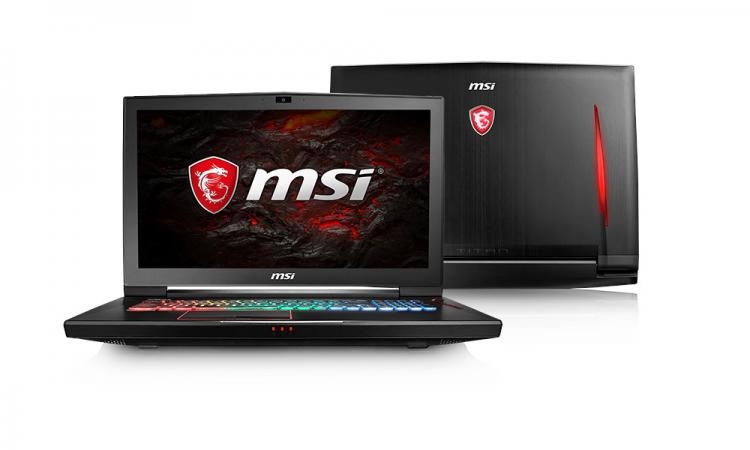 The enthusiast gaming segment in notebooks is broadly similar to its desktop counterpart - powerful gaming performance, at a much more aggressive price point. Indeed, just as the desktop market NVIDIA's GTX 1070 hits the sweet spot in performance and price, and with this week's deals you can pick up an extremely well appointed from £1,399.

Two models are under this category. The first, available from Box and Amazon.co.uk, is the MSI GE72MVR (2). Down from £1,699, this tempting beastie is tooled out with the aforementioned GTX 1070, Core i7 7700HQ, 8GB DDR4 RAM and an NVMe SSD. It should stay cool under pressure too thanks to MSI's Cooler Boost 4 technology.

At the pricier end and for sale at Scan is the more up-market GT73EVR (3). In addition to a larger 512GB NVMe SSD, this model also sports the Intel i7-7820HK. As a result it's one of the few laptops on the market today that supports CPU overclocking, as well as having excellent performance characteristics right out the box. It's available for £1,999, justifiably encroaching on the higher segment.

Now we're at the meat and potatoes of the gaming segment, the sort of laptop hardware that can push 60+ FPS in DOOM at Ultra settings without breaking £1500 MSRP. Two more models are on sale this Black Friday week, from Currys/PC World and Amazon respectively.

The GP62MVR (5) is a more intriguing model - not just because of it's £999 sale price, but also because it includes an overclockable Intel Core i7-7820HK CPU. Notably tighter on the RAM at only 8GB, it's still an extremely tempting off at £200 off its MSRP.

A little more modest in their expectations, but still able to reach 1080p60 gaming in some of the most popular titles around, this segment is an entry-level into performance gaming on the Notebook. Each model is still equipped with at least an NVIDIA GTX 1050, based on the same Pascal architecture that has proven so successful in the desktop space, but has slightly tweaked specifications depending on price and target market. They're on sale priced from £799, available from BuyItDirect, Very, Ebuyer, Scan and CCL Computers.

Last but not least we come to the MSI PL62. Described as a mainstream entry-level gaming laptop, it's equipped with NVIDIA MX150 graphics which should be plenty to get you started on the road to greatness in Overwastch, DOTA 2, League of Legends and CS:GO. An ample 8GB of DDR4 RAM is matched with Intel's i5-7300HQ and a 1TB SATA HDD, letting it double as a solid model for more mainstream tasks too. MSI have listed it with a sale price of £579, with Ebuyer currently stocking it for £599.

Hopefully there's something to tempt you if you were already in the market for a new gaming laptop, or perhaps even a notebook for work that you want to double-up as an entertainment device. These likely aren't the limit of offers on MSI products this week, so keep your eyes peeled for attractive prices on a whole raft of components and peripherals.

The full and complete listing of this laptop sale, including highlighted features and etailer links, can be found at the official MSI Laptop Black Friday Sales page. Once again, this sale is due to last until November 30th or whilst stocks last.