It's Official: NVIDIA's GTX 1070 Ti Available On November 2nd, And It's Overclockable. 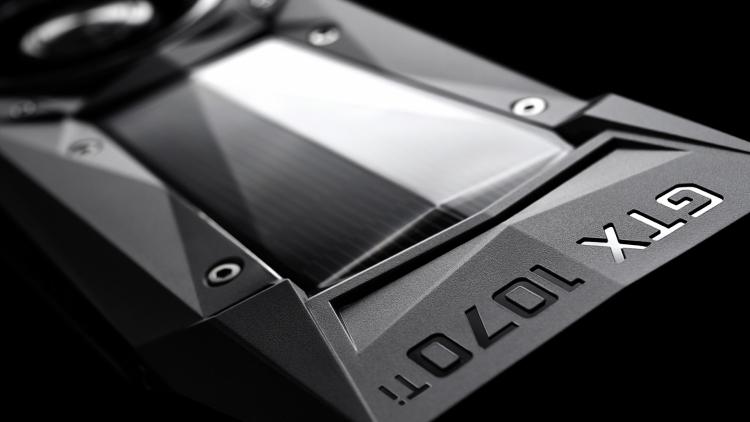 The time is upon us. No, we dont mean Halloween; whisperings over NVIDIAs upcoming GPU are about to be silenced as details are revealed, along with its launch date and pricing. So, without any un-due pageantry, lets introduce the GeForce GTX 1070 Ti.

NVIDIAs consumer GPU range has been well established for the past 16 months. Launching with the GTX 1080 for 4K gaming and GTX 1070 oriented towards 1080p/1440p resolutions, it has since filled out with the entry-level GTX 1050 and price/performance king GTX 1060. In fact, the only major new consumer SKU released by NVIDIA this calender year has been the monster GTX 1080 Ti; thats certainly a rareity for the Green Team, and reflected their secure position in the market as they focus on the machine learning and enterprise product segment.

The past few months have however brought some change to the picture, most notably in the form of AMDs Vega56 and Vega64 models. Even if AMDs updated range didnt put pressure on the NVIDIA lineup, a little freshening up of the GeForce SKUs brings a few fresh eyeballs to the brand ahead of the important Holiday period. Enter the GeForce GTX 1070 Ti.

The GTX 1070 Tis reference specifications are far closer to the GTX 1080 than the 1070; in years gone by it might have been named the GTX 1080 LE (although were glad it isnt). As it incorporates the same GP104 GPU as the GTX 1080 and 1070, the chief differences are in CUDA core counts and the use of GDDR5 memory rather than the faster GDDR5X. The MSRP of the GTX 1070 Ti has clearly been kept down through the use of GDDR5 memory, although the effect of cryptocurrency mining in pushing up the MSRP remains to be seen.

Power requirements remain modest, requiring only a good quality 500W PSU and single 8-pin connector, so for many it will be a straightforward slot-in upgrade for their system. No specialised cooling will be required thanks to the notably efficient Pascal architecture; in this respect it will be on-pas with similarly positioned models from prior generations such as the GTX 970.

One rather peculiar pair of rumours circulated prior to this launch was not only that AIC partners would be restricted in their factory overclocks, but also that consumers would be unable to overclock either. In fairness, that latter part of the pre-launch rumours always seemed highly unlikely, and thankfully has turned out to not be true.

It has now been confirmed that consumers will be able to overclock the GTX 1070 Ti, leveraging the cards cooling and their own skills to push performance such that it rivals the GTX 1080. Thank goodness for that.

On the other hand, it appears that partners will be a little more more restricted than usual in factory overclocks, at least for the time being. Reference specifications will be widely adhered to and, although the efficacy of cooling solutions has some impact on GPU Boost, partners may largely be competing on noise level and aesthetics to overclocking-adverse consumers. Brief conversations with NVIDIA representatives indicated that this restriction was in place for this GPU alone, rather than policy that will be rolled out for future releases.

Without huge factory overclocks as a selling point, ASUS, GIGABYTE, MSI & EVGA et al have the opportunity to push their bespoke overclocking tools like never before. Engaging customers who would not normally overclock, both through intuitive GUI design and tutorials, would be an excellent way to differentiate themselves beyond a colour-scheme.

Reviews for the GTX 1070 Ti are embargoed until launch, and NVIDIA have provided guidance for performance at reference specifications. Given the price its no surprise that NVIDIA have dominating AMDs Vega56 squarely in their aims at 1440p, both in terms of DirectX 11 and 12 performance as well as games using the Vulkan API. 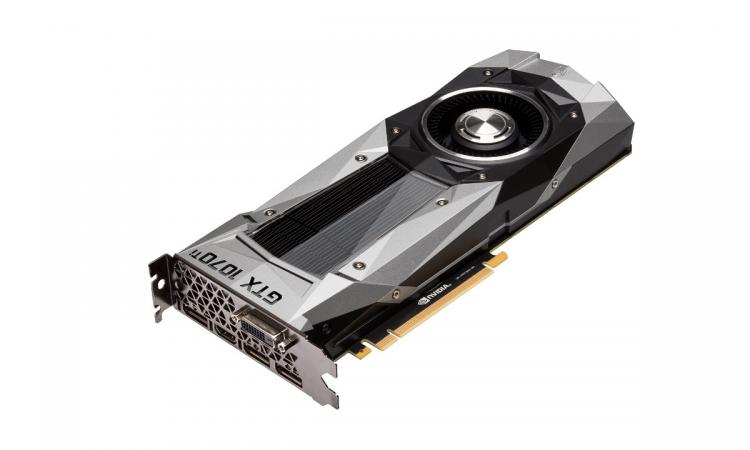 Where the GTX 1070 Ti could come into its own however is in an overclocked state. Based purely on reference specifications, it will likely outstrip the GTX 1080 in scenarios where a relatively more narrow memory bandwidth wont be much of an impediment. Similarly when overclocked it should be an excellent foil for the Vega64.

Essentially, if youre gaming at 1080p or 1440p and pushing frame rates of 60Hz or higher (especially with G-SYNC), keep a very close eye on your favourite review sites next week.

NVIDIA MSRP for the GTX 1070 Ti is a particularly attractive $449 in the US and £419 in the UK (inc. V.A.T.), comparing favourably with current street pricing for the GTX 1070 and GTX 1080. Normally however we wouldnt hold out a whole lot of hope that the card will be sold at this price, especially given the current state of the retail market. Thankfully NVIDIA have thought of that.

In addition to sales through normal retail channels, NVIDIA will also be selling a Founders Edition of the GPU for MSRP direct through their website. You will be able to pre-order your card, complete with the particularly attractive Founders Edition cooling solution, today from https://www.geforce.co.uk/hardware/10series/geforce-gtx-1070/. 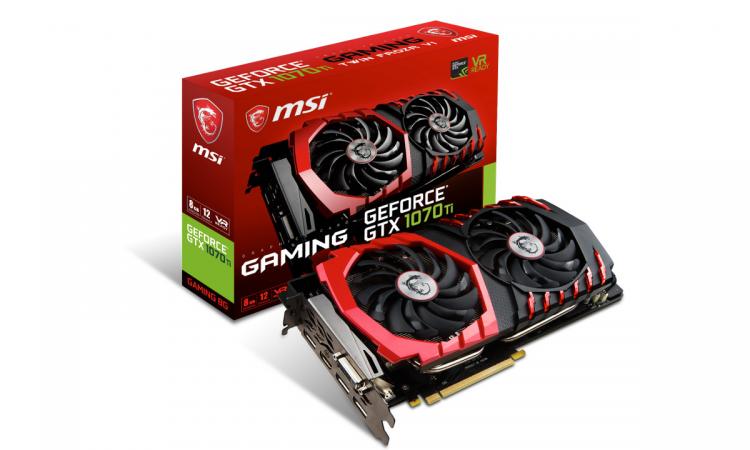 Naturally a plethora of partner solutions will also be available on November 2nd and will be announced over the course of the next week. These cards will likely be based on GTX 1080 designs, and so may immediately support various waterblocks released by water-cooling specialists in the past 16 months.

More information on the GeForce GTX 1070 Ti is available from https://www.geforce.co.uk/hardware/10series/geforce-gtx-1070/.