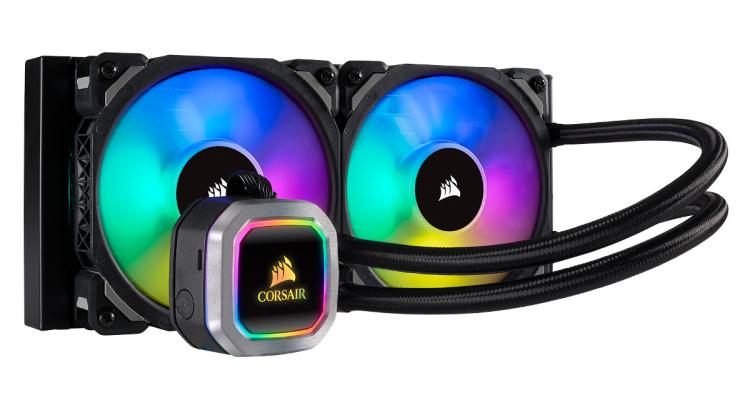 Or if you'd prefer, the launch review of the 280mm Corsair Hydro Series H115i RGB Platinum

Each of the new entries in the acclaimed Hydro Series range is cooled by a pair of CORSAIR ML PRO Series RGB magnetic levitation PWM fans, delivering the superb airflow and high static pressure needed to cool todays hottest CPUs. Thanks to the ultra-low friction of their magnetic bearings, they also generate less noise than traditional bearing fans even when spinning at higher RPMs. The H100i RGB PLATINUM comes equipped with two 120mm fans and a 240mm radiator, while the H115i RGB PLATINUM is cooled by two 140mm fans and a 280mm radiator.

As the first Hydro Series coolers to feature customizable RGB lighting on both the fans and the pump head, the H100i and H115i RGB PLATINUM take lighting to a brilliant new level with a whirlwind of color. 16 Individually addressable LEDs in the pump head and four in each fan combine for a total 24 RGB LEDs, heightening your systems style while lowering its temperatures.

The Hydro Series PLATINUM coolers achieve their extraordinary performance thanks to a thermally optimized copper cold plate and precise PWM control over the fans. The H100i RGB PLATINUM can be set between 400 and 2,400 RPM, while the H115i RGB PLATINUM ranges between 400 and 2,000 RPM. In addition, the low-noise pump design, combined with Zero RPM cooling profiles that can stop the fans entirely at low temperatures, results in exceptionally quiet coolers that efficiently channel heat out of the CPU to the radiator without an excess of distracting noise. 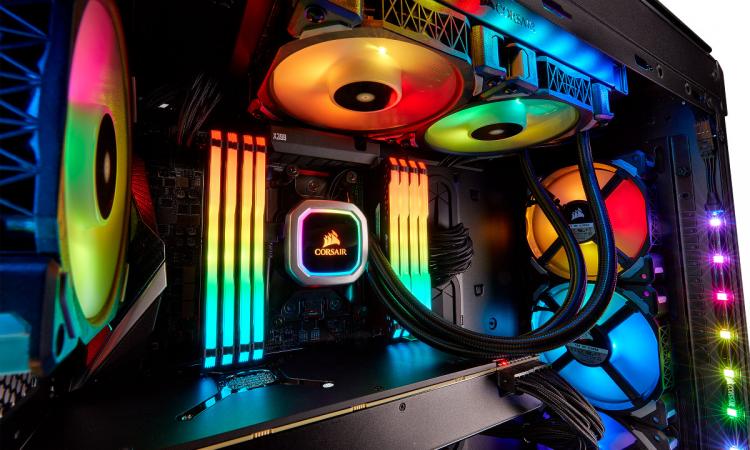 CORSAIR iCUE software brings everything together in a single, easy-to-use interface for powerful control over all of the H100i and H115i RGB PLATINUMs functions. iCUE allows users to directly control pump and fan speeds, creating custom cooling curves that automatically adjust based on a range of monitored system temperatures. iCUE also enables full customization of the Hydro Series RGB PLATINUM ranges 24 RGB LEDs, allowing you to dynamically change your RGB lighting based on your CPU temperature, or create brilliant lighting patterns and effects, synchronized across all of your CORSAIR iCUE-compatible components and peripherals. 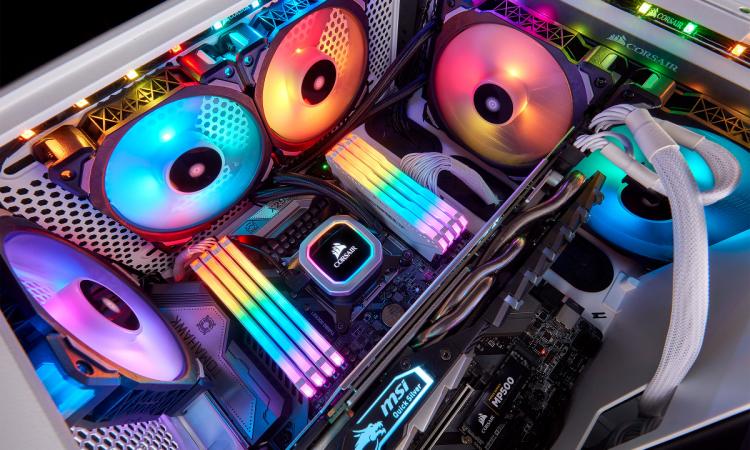 The H100i RGB PLATINUM and H115i RGB PLATINUM are backed by a five-year warranty and the CORSAIR worldwide customer service and technical support network. See below of US and UK pricing guidance: