The R9 290X is still fresh but that doesn't mean that the stock cooler (which is very effective) can't be improved by adding water. Koolance have just launched the VID-AR290X, a full cover water block designed for the Radeon R9 290X. It's an attractive beast too! 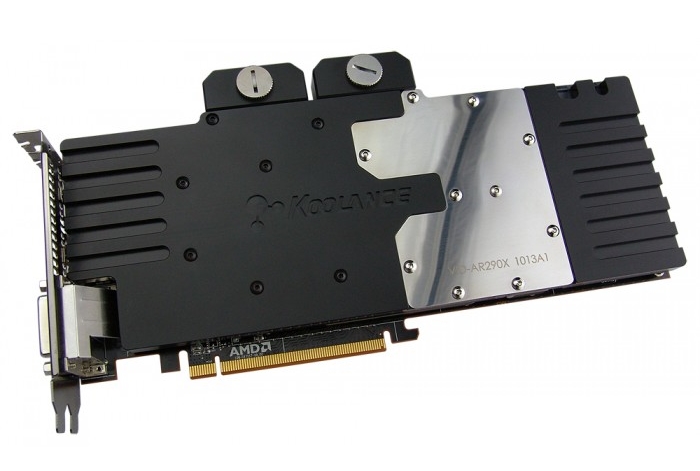 The Koolance VID-AR290X is a full coverage video block for water cooling AMD Radeon R9 290 and 290X cards in single and multi video card configurations. It utilizes a high-performance microfin (0.5mm) design made of solid copper with anti-corrosive nickel plating.

This is sure to keep the GPU and VRM modules at a much lower temperature than the reference cooler. Koolance has not stated whether it will fit the R9 290 (non-X) despite both PCB's being identical. It's currently available from koolance.com for $129.99 USD.