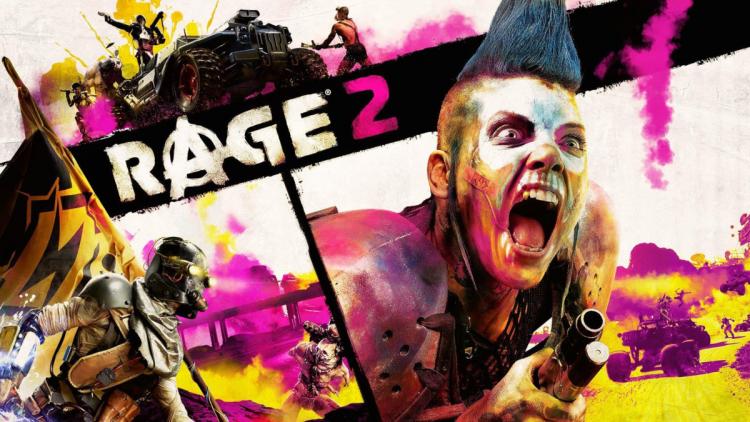 RAGE 2, Bethesda's franchise sequel developed by Avalanche Studios and id, is scheduled for release early next week and recently had its minimum and recommended system requirements unveiled. An important next step prior to launch is GPU driver support and NVIDIA are ready four days early with the GeForce Game Ready 430.64 WHQL driver. Optimised for RAGE 2, Total War: Three Kingdoms, and World War Z, this latest driver also implements a number of important security updates detailed in a recent bulletin.

Titles developed by id Software are often on the bleeding edge of technology and that makes up to date driver optimisations all the more important. The 2011 original suffered significantly due to the poor quality of the PC port at launch, exhibiting inconsistent performance even on top-end systems. Hopefully the same will not be said of the eagerly awaited sequel, scheduled for May 14th.

World War Z by contrast has been out for long enough that the first round of significant post-launch optimisations are due. The Swarm game engine is an in-house and proprietary engine which may offer a little more scope for driver level performance improvements to be made, and NVIDIA also tend to play catch-up compared to their rivals when it comes to performance using the Vulkan graphics API.

Total War: Three Kingdoms is scheduled for later this month. If prior installments in the franchise are anything to go by the latest Total War will be taxing on both GPU and CPU thanks to both enemy AI and enormously complex battlefields. Total War's current game engine supports both DX11 and DX12, with the latter in particular improving performance on complex scenes.

Download the driver tailored to your GPU hardware and OS from Geforce.com/drivers. These drivers are compatible with 64-bit versions of Windows 7 or 10, and GeForce hardware going back as far as the Kepler (GTX 600-series) architecture.

- [NVIDIA Control Panel]: When the 3D Settings page->Vertical Sync setting is set to Adaptive Sync (half refresh rate), V-Sync works only at the native refresh rate after rebooting the system. [2543187]