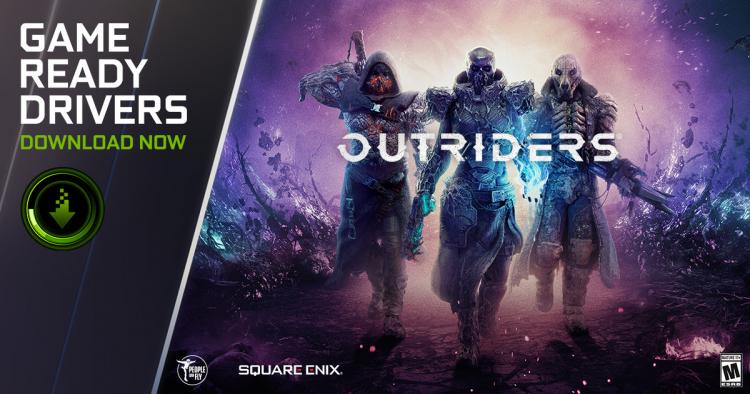 NVIDIA rolled out the latest GeForce Game Ready Driver this week and, reacting to a range of games arriving on PC imminently, there's quite a lot of value to had in this release for those equipped with the green team's hardware. Competitive Rainbow 6 Siege players will be champing at the bit to try out NVIDIA Reflex on their shooter of choice, while more widespread support for DLSS with be another welcome sight for other gamers. And Square Enix's Outriders will also be receiving optimisations via this driver.

In a February blog post NVIDIA were keen to emphasise widening developer access to DLSS, their AI-driven super-sampling technique that boosts framerates with minimal impact on image quality. Today both Nioh 2 - The Complete Edition and Mount & Blade 2: Bannerlord both support the advanced technology exclusive to NVIDIA's RTX 20-series and 30-series GPUs, with more titles on their way thanks to the release of a DLSS Plugin for Unreal Engine.

Outriders, the co-op shooter developed by People Can Fly and published by Square Enix, launches on April 1st after a short period where the playable demo was showcased. That appears to be time well spent as NVIDIA have arrived with a Day 0 driver update that offers performance optimisations as well as unlocking support for DLSS. The launch window of any multiplayer title is the most critical time, often the determining factor of whether it sinks or swims long-term. Bringing the best possible performance and stability from the very beginning can be a crucial factor in its success. 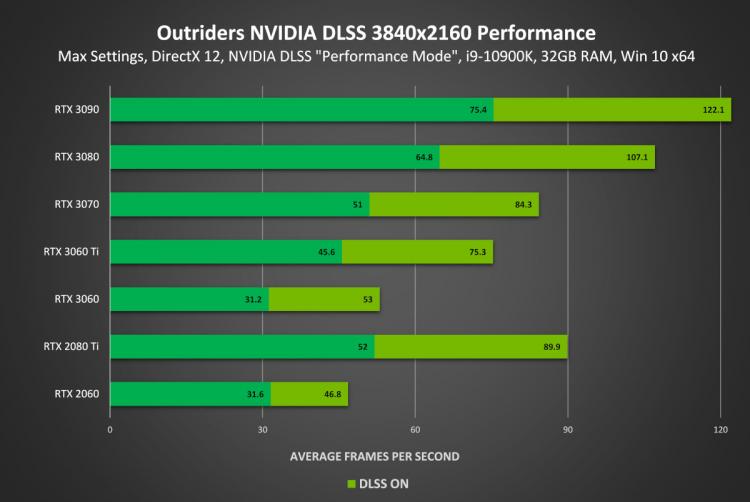 To put it into context, DLSS can boost frame rates by as much as 58%, and allow for 4K output resolution on titles such as Nioh 2 at frame rates exceeding even 120fps with suitable hardware.

NVIDIA Reflex is another technology that is quickly gaining traction among segments of the PC gaming ecosystem. Competitive gaming titles, eager to take advantage of both lighting fast 360Hz frame rates and key analytics the tech. breaks down, appear to be queueing up to integrate it ahead of the competition. The latest is Rainbow Six Siege, the longstanding team-based shooter in which it's now possible to play at 360Hz (with a supporting monitor) and push click-to-screen latencies down by as much as 30%.

Joining Outriders on the Epic Game Store is Kingdom Hearts, a franchise that very few people ever thought would be coming to PC. This too is a welcome recipient of driver-based optimisations this week so players can be confused by the plot more than any performance problems.

Resizeable BAR, a feature of the PCI-Express standard that allows CPUs to address the totality of GPU VRAM rather smaller segments, is now supported across NVIDIA RTX 30-series desktop CPUs. To unlock the feature owners of RTX 30-series GPUs will need to apply a compatible vBIOS sourced from their GPU manufacturer (ASUS, MSI, EVGA etc.) and a compatible Intel or AMD CPU platform. Supported platforms include the Intel 11th Gen processors and Z590 motherboards launched yesterday.

The GeForce Game Ready 465.89 drivers is available to download from Geforce.com/drivers or through the GeForce Experience desktop app. The drivers are compatible with 64-bit versions of Windows 10 and 7. Learn more at the accompanying GeForce Driver article at nvidia.com.

There are currently 710 user(s) online:
Google