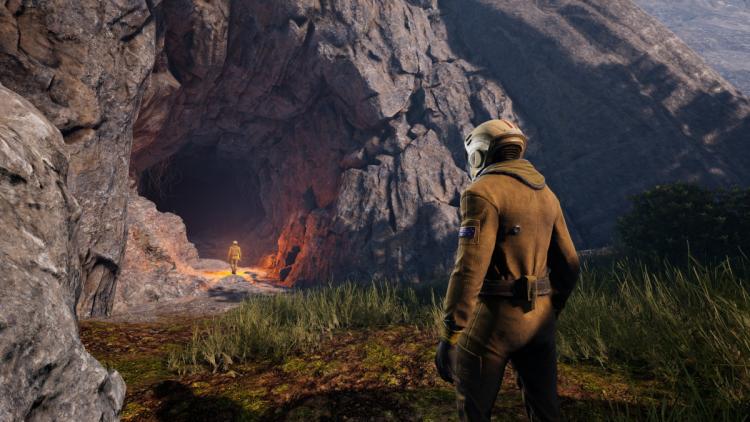 NVIDIA are starting December off strongly with a new Game Ready driver update that will unlock premium features and other optimisations in brand new and popular games alike. Receiving the Game Ready treatment this week are two debutants that will both enjoy DLSS AI upscaling, Halo Infinite's Single Player release, and six monitors that are newly certified as G-SYNC Compatible.

ICARUS is a first person survival title from indie studio RocketWerks that mixes brutal environments with co-op gameplay. Launching on December 3rd, the game will be ready from day 1 with support for both NVIDIA DLSS to boost frame rates without loss of image quality and RTX Global Illumination (RTXGI) for impeccably immersive visuals.

To take advantage of both features you will need an NVIDIA RTX-class GPU, leveraging its Tensor and RT cores to accelerate both AI inferencing and ray tracing algorithms in hardware. ICARUS is the also first published game to utilise RTX Global Illuminations new Infinite Scrolling Volumes feature which seeks to optimise RTXGI for open world style games in a manner that continuously updates the GI model around the player:

RTX Global Illumination (RTXGI) creates dynamic, realistic rendering for games by computing diffuse lighting with ray tracing. It more realistically models how light is bounced off of surfaces (indirect light) rather than being limited to just the light that hits a surface directly from a light source (direct light). This provides infinite bounce lighting and soft shadow occlusion, showing how light and colors bounce off nearby surfaces.

What this means for Icarus is youll be able to see more detail in the undergrowth shaded by trees, better lighting in caves, forest fires that reflect off soon-to-be-burnt cabins, beautiful dropship takeoffs and more detail at nighttime. Shadows will have more detail in them and fewer dark patches. The lighting will change as bases are built or trees are chopped.

In the past, Global Illumination has typically been used in static or indoor scenes. An open-world like Icarus is different.

Previously most Global Illumination has been baked or precomputed and stored in light maps or irradiance probes for a fixed level or room. Icarus, however, features large outdoor environments that can even change as a forest is chopped down or a base built. Icarus uses a new RTXGI feature called Infinite Scrolling Volumes, which uses ray tracing to constantly update the Global Illumination lighting volume around the player as they move through Icarus world. This effectively provides an infinite volume of global illumination for the player without needing a huge amount of memory to store an infinite number of lighting probes.

Icarus will be the first published game to use NVIDIAs RTXGI Infinite Scrolling Volumes.

In this respect, ICARUS will serve as a test-bed for what's possible in games to come. 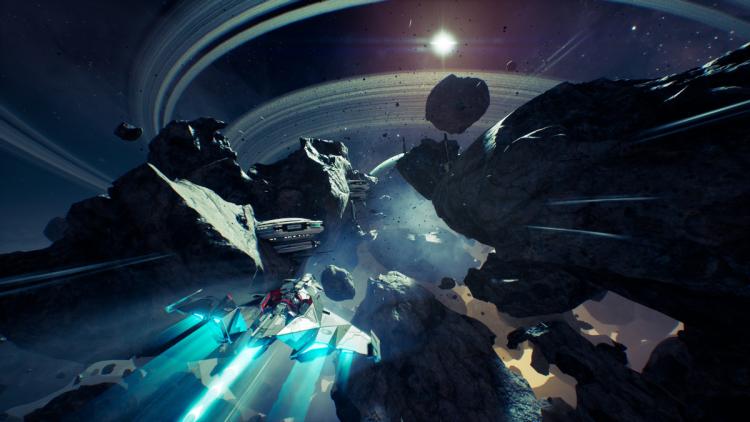 Another title launching on December 3rd to receive the DLSS treatment will be Chorus, Deep Silvers new sci-fi space combat game. High and smooth frame rates will be critical to the experience in Chorus and there are few better ways of achieving it today than DLSS without compromising image quality.

Halo Infinite's multiplayer meanwhile achieved a successful open beta launch last month and will be receiving Game Ready optimisations ahead of the Single Player mode's full launch on December 8th. A handful of other titles are also joining the GeForce Experience one-click setting optimisations program alongside Halo Infinite, so keep an eye out if any are part of your weekly rotation.

NVIDIA's GeForce Game Ready 497.09 WHQL driver is available to download now through the GeForce Experience app or directly at geforce.com/drivers. Packages are compatible with 64-bit versions of Windows 10 or Windows 11, with support extending as far back as the GTX 900-series (Maxwell) and a select few GTX 700-series (Maxwell) GPUs.

Changes and Fixed Issues in Version 497.09

[Red Dead Redemption 2/Doom Eternal]: The game crashes with TDR or the system crashes while running the game. [200766423]
[Doom 3 BFG Edition]: The games shows corruption upon launch. [3407653]
[YouTube]: The YouTube web site randomly displays extreme contrast/gamma while idle or during video playback. [3420164]
[NVIDIA Image Scaling]: After performing a clean install or over install over version 496.49, NVIDIA Image Scaling resolutions do not appear in the game. [3434708]
Games do not launch correctly on GeForce GTX 750 Ti when NVIDIA Image Scaling is enabled. [3442778]
[Notebook]: Black screen may be observed on some Optimus notebooks with 1440p/165hz panels when in discrete GPU mode. [3426730]
[Notebook]: eDP panel cannot be lit when booting to the desktop after switching to discrete mode. [3423400]
Using Adaptive Vertical Sync while G-SYNC is enabled may result in random black screen. [3437003]

[Horizon Zero Dawn Complete Edition]: After attempting to change resolutions, the resolution does not change and the game falls out of IFlip mode. [3442862]
- To apply the new resolution, press Alt+Tab.

[Supreme Command:Forged Alliance/Supreme Commander 2]: Performance drop when there is mouse movement. [3405920]
[Deathloop][HDR]: TDR/corruption occurs in the game with Windows HDR enabled. If this issue occurs, toggle the Windows HDR setting.
Sonic & All-Stars Racing Transformed may crash on courses where players drive through water. [3338967]
In multi-monitor configurations, the screen may display random black screen flicker. [3405228]
[HDR][G-Sync]: Mouse pointer gets stuck after turning on HDR from the Windows Control Panel or after toggling G-Sync from the NVIDIA control panel. [200762998]
- To work around, click the mouse (right or left button). The mouse cursor will be sluggish for a few seconds before returning to normal operation.