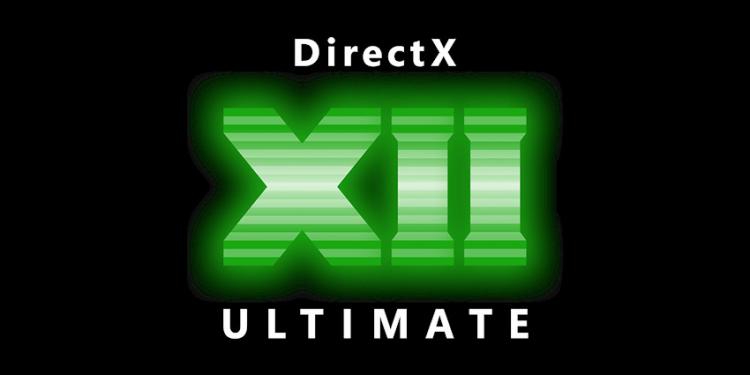 NVIDIA have today released a new set of both Game Ready and Studio Drivers that deliver full support for the Microsoft DirectX 12 Ultimate feature stack including DirectX RayTracing (DXR), variable rate shading (VRS), mesh shaders and sampler feedback). In the absence on comparable hardware from their competition, NVIDIA have become the sole GPU manufacturer with unequivocal support for DX12 Ultimate from both a driver and architecture standpoint.

The Game Ready and Studio 451.48 Drivers also add G-SYNC Compatible certification modes for a selection of monitors from vendors including AOC, ASUS and Samsung. Plus, one-click setting optimisation once again takes some deserved limelight with a dozen games newly added to the already extensive database.

As with any major new driver release NVIDIA have incorporated a number of fixes for previously known issues in the driver stack, as well as identify a brace of new issues to be addressed at a later date. These are reproduced in the release notes below.

GeForce GPU owners can download the 451.48 drivers via the GeForce Experience app or directly from geforce.com/drivers after selecting their hardware and OS configuration. Windows 7 & 10 (64-bit) are both supported, and they're compatible with hardware as far back as the GTX 600-series (Kepler).

Hardware features that debuted in NVIDIA's Turing architecture set the stage for Microsoft's cutting-edge DirectX 12 Ultimate graphics API. Now the full suite of API features, many of which took their cues from GeForce RTX capabilities, are supported by GeForce RTX, TITAN RTX and Quadro RTX GPUs, across consumer, pro-sumer and professional markets. The 451.48 drivers unlock the whole suite - some of which are currently exclusive to NVIDIA hardware - for gamers, developers and content creators.


"A comprehensive software portfolio is required in order to take advantage of next-gen hardware features. At NVIDIA, DirectX 12 Ultimate support is more than a checkbox, it is an assurance that we have done the work necessary to give our customers a complete product with a feature set that can move the industry forward." - Sean Pelletier, senior product manager, GeForce software at NVIDIA.

DirectX 12 Ultimate codifies a set of advancements which will be shared between PC and next-generation console, including DirectX Raytracing (DXR) tier 1.1, Variable Rate Shading (VRS) tier 2, Mesh Shaders, and Sampler Feedback. Developing for and to the API will be central to upcoming triple-A videogames long into the future.

Newly arriving with this driver update is support for hardware-accelerated GPU scheduling, a feature introduced in the Windows May 2020 update which allows GPUs to handle video playback and games calculations more efficiently by directly managing video memory. It's also anticipated that this feature will more generally improve performance and reduce latency on supported hardware. Hardware scheduling is agnostic of API, making it a valuable tool for a wide variety of applications and games.

NVIDIA's G-SYNC Compatible program certifies monitors with AdaptiveSync support to a higher standard of panel quality, refresh-rate range and variable refresh rate compatibility. It aims to offer a level of surety that owners of certified monitors will have an experience on par with alternatives that integrate NVIDIA's proprietary G-SYNC module, rather than make do with the patchy landscape of support that would exist otherwise.

With these nine new models the list of G-SYNC Compatible certified monitors grows to 98.

A full list of G-SYNC Compatible displays is available here. Be aware however that the exact make and model are important (and in some cases haven't been fully spelled out); manufacturer naming schemes are notorious for being a minefield to the unwary.

GeForce Experiences one-click optimal settings have been a feature of NVIDIA software since the advent of the GeForce Experience app. It allows fast tailoring of in-game settings to your specific hardware, providing what they judge to be the best possible experience. Over 700 titles are supported, and twelve more have been added in this driver revision.

[Sunset Overdrive]: The game may display random green corruption if Depth of Field is enabled from in-game settings. [2750770]
[VR}: HDCP errors occur with Valve Index VR. [2967616]
[Call of Duty: Modern Warfare]: Color banding can occur in the game after enabling Image Sharpening from the NVIDIA Control Panel. [2889337/3028436]
[Call of Duty - Warzone]: Freestyle does not work. (200593020)
[Forza Motorsport 7]: The curb may display a black strip during a race on certain tracks. [2781776]
[Zombie Army: Dead War 4][Ansel/Freestyle]: The Ansel & Freestyle tabs are unselectable. [2810884]
[Tom Clancy's Rainbow Six Siege][Vulkan][G-SYNC]: When playing the game in Vulkan mode with G-SYNC enabled, flickering occurs after switching the game between full-screen and windowed mode.[200578641]To work around, either disable G-SYNC or play using an API other than Vulkan.
[SLI][G-SYNC]: With multi-GPU and G-SYNC enabled, TDRs occur soon after launching an application. [200628981]
[Notebook][The Witcher 3 WILD HUNT]: The game remains minimized when DDS switch is set to Optimus and Automatic, and cannot be restored to full screen. [200628973]
[Notebook][H-Clone]: With the integrated graphics processor as the clone source, display settings cannot be changed from the NVIDIA Control Panel. [200594188]
[Notebook]: Some Pascal-based notebooks w/ high refresh rate displays may randomly drop to 60Hz during gameplay. [3009452]
[Notebook][G-SYNC]: Graphical corruption occurs when windowed G-SYNC+V-Sync is On while running applications in Clone/Duplicate mode. [200628911]
[Notebook]: LVDS-display goes blank upon rebooting the system after driver installation on some systems. [200627952]