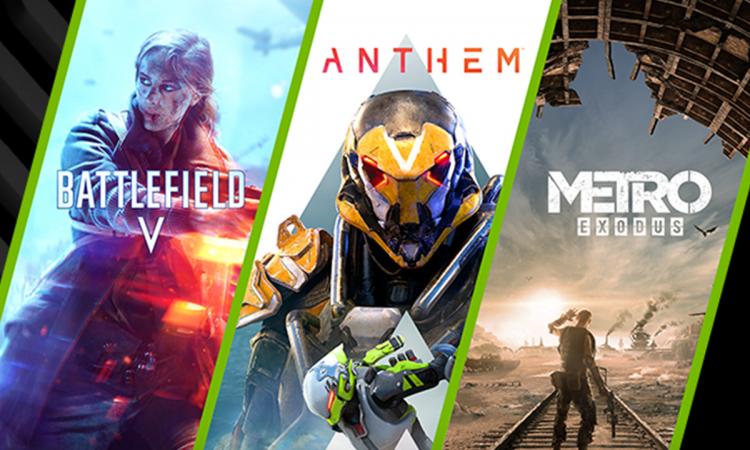 From today, purchases of a GeForce RTX 2080 or 2080 Ti from participating retailers will be eligible for Anthem, Battlefield V and Metro: Exodus completely free. These games each implement or are scheduled to implement RTX-exclusive features, improving either visual fidelity or in-game performance by exploiting hardware features only present in NVIDIA RTX-class cards.

Those who cannot stretch to an RTX 2080 aren't left in the lurch either. Purchases of either the RTX 2060 or RTX 2070 will net one of the three titles free, which is a great sweetner at the more affordable end of the RTX performance spectrum. GeForce RTX 2060 graphics cards currently start at a shade under £300, and are good matches for expected resolutions up to 1440p and high image quality settings.

A whole host of UK retailers are participating in the RTX Triple Threat promotion including OverclockersUK, SCAN, eBuyer, PC Specialist, CCL and Aria. The cards can be purchased individually or as part of a desktop system; more mobile gamers can instead take advantage of the ever-widening range of NVIDIA RTX-powered laptops.

More infoormation is available at https://www.nvidia.com/en-gb/geforce/campaigns/rtx-triple-threat-bundle/. Terms and conditions can be found here. The promotion runs from March 5th until May 2nd or while stocks last.