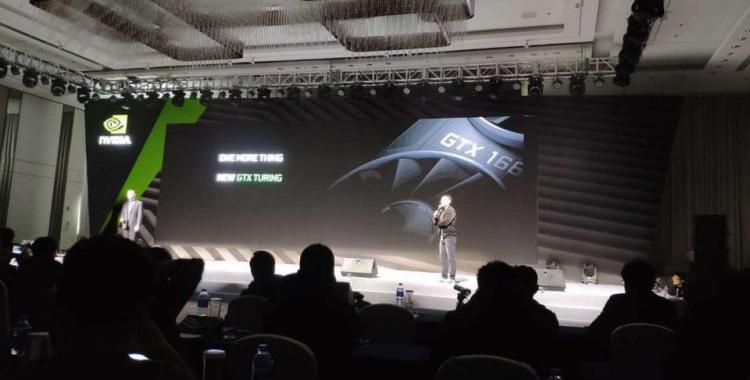 The ever-hungry maw that is the technology industry's rumour mill was this week offered a new morsel to be devoured, and not just any morsel. [H]ardOCP have got their hands on release dates and anticipated pricing for the upcoming NVIDIA GeForce GTX 16xx range, a new set of graphics cards that will offer next-gen mid-range and entry level performance on a Turing GPU for those who cannot stretch to the budget necessary for a GeForce RTX 20-series card.

First up is the GeForce GTX 1660Ti, an effective replacement for the GeForce GTX 1060 in the mainstream performance segment. Coming in at an MSRP of $279, it will be $70 less than the RTX 2060 and roughly on par with what you would have paid for a GTX 1060 6GB a couple of months ago.

Recently, selected benchmark results of a GTX 1660Ti were uncovered which pegged its performance ~19% higher than the GTX 1060 6GB. Care must be taken with this result beyond the limited scope of the tests however: the test system in question was believed to be a notebook with mobile configuration of the GPU that clearly could differ from its desktop counterpart.

[H]ardOCP don't stop there. Joining the GTX 1660Ti in early March will be a GTX 1660, targeting an MSRP of $229. It will be interesting to see how performance for this card will compare with the GTX 1060, a set of cards which are in the process of being phased out but remain priced competitively against this figure.

Finally, an entry-level GTX 1650 will round out the range at $179 in late March. NVIDIA will apparently also continue to supply retailers with GTX 1050Ti GPUs, so it's not exactly clear where the GTX 1650 will slot in on the grand scheme of things. If the rumours are true, it seems likely that all three cards will boast varying degrees of quality at 1080p, consigning 1440p gaming to an enthusiast band more appropriate to the RTX 20-series.