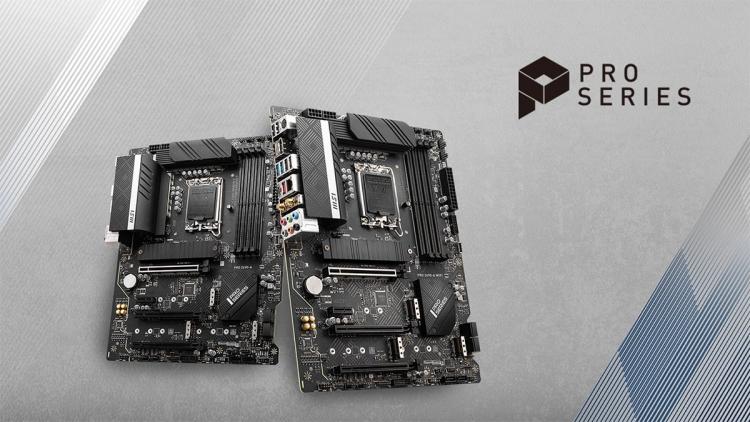 Intel's 12th Generation Core 'Alder Lake' platform is set to be augmented in the very near future by the release of non-K CPUs and more affordable B660 motherboards, and a new set of leaks appears to have already pegged some of the pricing. Well, the ballpark at least.

Arriving via inveterate Tweeting leaker @momomo_us is European pricing for a set of MSI B660 motherboards. The board range from the core model MSI Pro B660M-A DDR4 up to the slightly more feature rich MSI Mag B660M Mortar WiFi DDR4, and each are healthily positioned below the entire MSI Z690 range in price.

They start from 177.94 inc. V.A.T. (approx £150) and reach a relatively palatable 224.24 inc. V.A.T. (approx £190); not cheap by any means, but much more appealing than Z690 for more budget-oriented consumers. Three of the boards have an mATX footprint and they're also all equipped with DDR4 rather than DDR5 support, leaning on the considerably cheaper memory standard to cut overall costs. 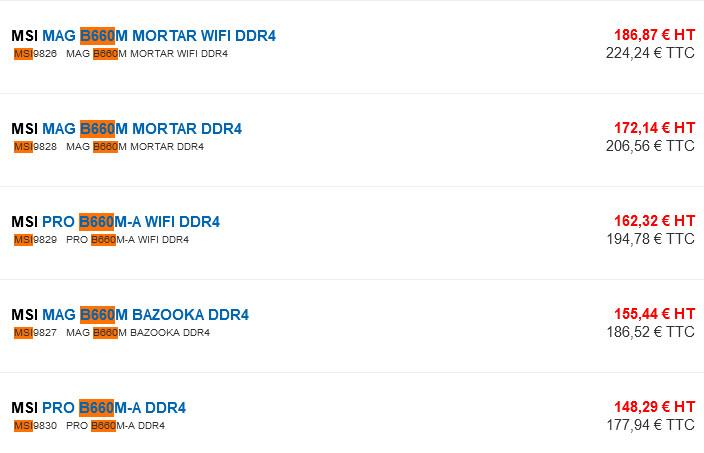 Intel B660 motherboards are likely to lack key features that the Z690 'boards take for granted. DDR5 support might be one of those features but, unless Intel significantly change their policies, overclocking support will be the biggest loss for enthusiasts. PCIe 5.0 might be another victim, and potentially some off-chipset I/O lanes. It will be a tough balancing act for them and their board partners, but the ingredients are there for a very compelling configuration.

As with all leaks however, take this one with a pinch of salt. Launch price can change dramatically over the course of a few weeks, even if accurate at the time of writing.

Joining B660 will be the 65W 12th Generation Core processors, i.e. the locked down chip SKUs without the 'K' suffix. They'll be a little more affordable than their K-series counterpart, and in some instances vary in core configuration, so a comparison of benchmarks will be key for consumers. Chips from the i3-12400 to the i5-12600 will be the most important for the mainstream gaming segment.

Both B660 motherboards and mainstream Alder Lake processors are likely to be formally unveiled at CES 2022, and Intel's pre-event press conference should be the venue. The livestream is scheduled to start at 6pm GMT on January 4th.