If the given figures are true, this could see AMD's Bulldozer performing in line with the current Intel Sandy Bridge CPUs. The statement, apparently from GIGABYTE's Corporate Network, sees the 95w FX-8110 at stock speeds of 2.8Ghz with turbo to 3.8Ghz. As well as showing the CPUZ screen of the 8 cored CPU, it shows us a GIGABYTE 990FX UD5. 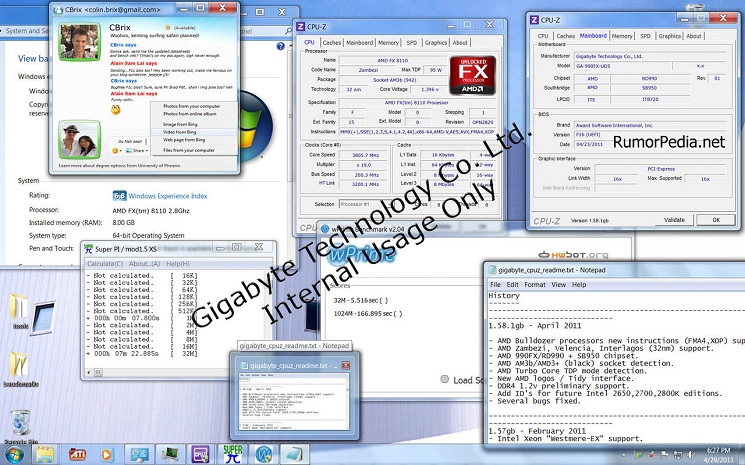 According to the Gigabyte CPUZ History:

Oh, it also has some benchmark numbers for you to check out.

Do you have any thoughts on this topic? You are welcome to share them with us in our forums.

This has been since confirmed as fake. Dangerous waters we be in for the next month or so!