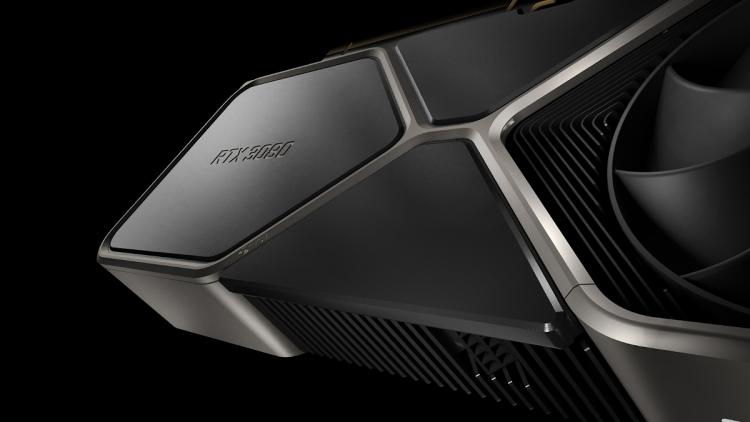 No sooner were the first members of NVIDIA's GeForce RTX 30-series in stores than they proceeded to sell out, go on pre-order, or trickle in at retailers world-wide. The same looks set to happen this week with the GeForce RTX 3090, its $1500 big brother, and who knows what the landscape will look like when the RTX 3070 becomes available next month. That being said, early adopters may rue jumping the gun as a leak appears to confirm strengthening rumours of an RTX 3080 20GB variant.

The GeForce RTX 3080 is based on NVIDIA's Ampere architecture that supports a new standard of memory: GDDR6X. Developed in partnership with Micron, this VRAM is considerably faster than the GDDR6 found in the previous generation and has ballooned the card's available memory bandwidth out to 760GB/s. Nonetheless, the size of this memory is slightly less than the RTX 2080 Ti, which could have an impact on compute and other workhorse tasks such as rendering.

A 20GB variant of the RTX 3080 has long been rumoured, keeping its total capacity and performance below that of the RTX 3090 but offering an SKU suitable to prosumer needs and budgets. This image of an internal roadmap from GALAX (via Videocardz.com) appears to all-but confirm the existence of the SKU, as well as listing an upcoming RTX 3060 for lower cost market segments.

Such a model would be significantly more pricey than the 10GB variant, but there's an awful lot of water between the $699 RTX 3080 and $1499 RTX 3090. Seeing it approach the $1000/£1000 mark would not be unexpected, especially if they only exist as cards manufactured by AIBs.

Joining the RTX 30-series lineup on the roadmap is the 'PG142 SKU 0'. With the RTX 3060 accounted for its not clear what card the codename refers to, but its banding (matching the RTX 2070 Super) could indicate a potential RTX 3070 Ti, perhaps equipped with GDDR6X rather than GDDR6 memory.

Launch timings for models beyond those already officially announced remain unknown, but we would surmise that NVIDIA may be holding them in reserve to take the wind out of the sails of AMD's Radeon RX 6000-series launch in October. While not a death-blow to the red team, they could easily put AMD in dire straits before a single 'Big Navi' has gone on the market.