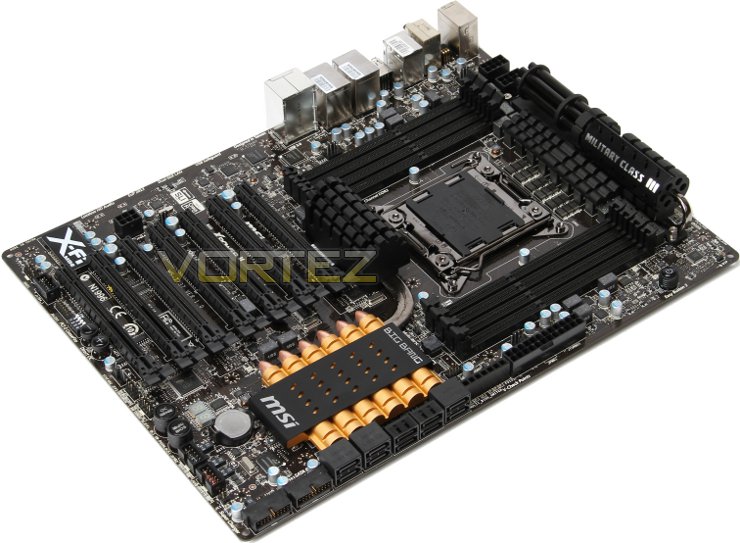 First point to note is the aggressive styling. Gone are the blue highlights of MSI's mainstream X79, we now have black with a hint of copper. It's striking to say the least, and would look great in an all-black case interior. Size wise, our best guess is that the Big Bang XPower II is the same XL-ATX form factor as the P67 Big Bang Marshall; XL-ATX is larger than EATX, so check the dimensions of your case before buying to avoid disappointment!

MSI proudly emblazon the XPower II with Military Class III, which adds DrMOS II to the features of Mil. Class 2. Present on the XPower II therefore will be Hi-c Capacitors, Super Ferrite Chokes and Solid Capacitors, adding stability and reliability to the mix. Also of note is the 8 DIMM slots for quad-channel memory, indicating probable support for up-to 64GB of RAM and huge memory bandwidth. 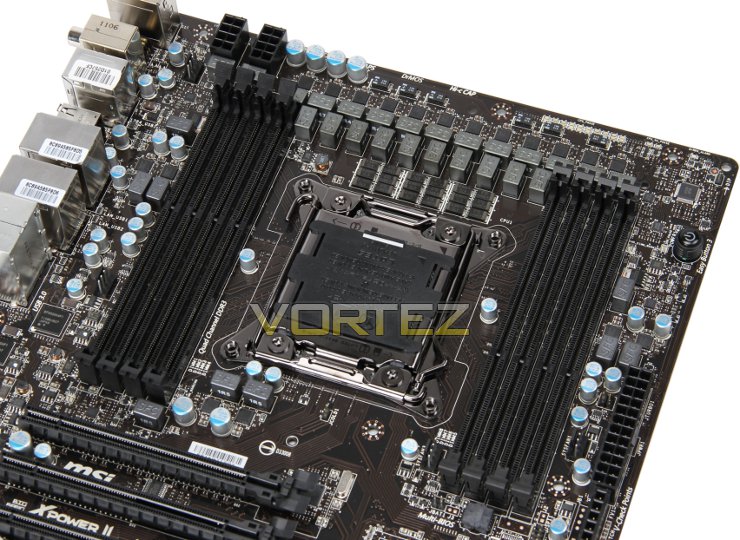 2*8-Pin 12V Power for the CPU demonstrates that MSI intend the XPower II to be capable of pushing massive voltages through for absurd overclocks; the sheer number of power phases, 24 at my count, backs up this presumption. Location of the sockets is absolutely ideal at the top-left of the motherboard; keeping cabling tidy so as not to impede air-flow should be simple. 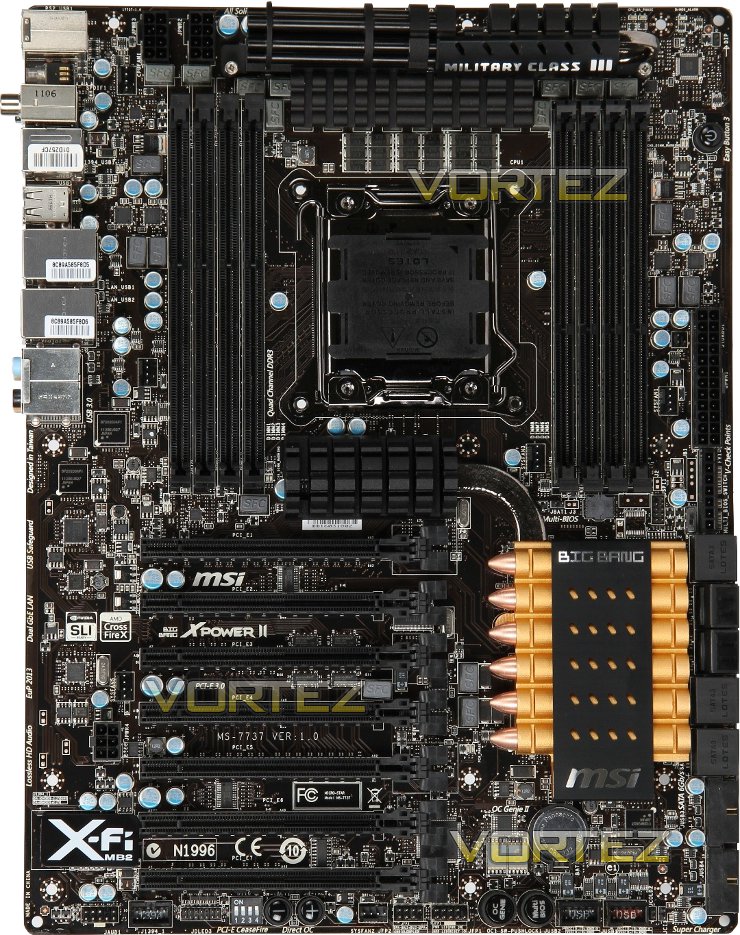 Additional PCI-Express power for heavily overclocked multiple-GPU set-ups is via a 6-pin connector between the 4th and 5th PCI-E slot. Presupposing dual-slot GPU coolers fitting the additional cables shouldn't be an issue, but it'll be nice to see that in a slightly more convenient location. With seven full-length PCI-E slots the XPower II looks born for 4-Way SLI, but we'll seek confirmation.

Slots 1 and 4 are wired for 16x lanes, other are 8x. MSI boasts support for PCI-Express 3.0 with the XPower II, allowing it to support cards which aren't even out yet.

This is version of the Big Bang XPower II is labelled as 1.0, it's possible that later revisions will make an appearance for release.

UPDATE: It's been confirmed by an MSI Rep on the Overclockers.co.uk Forums that v1.1 of the Big Bang XPower II will relocate the 6-pin PCI-Express power to a more convenient location. Something to keep an eye out for if you're planning to purchase one.