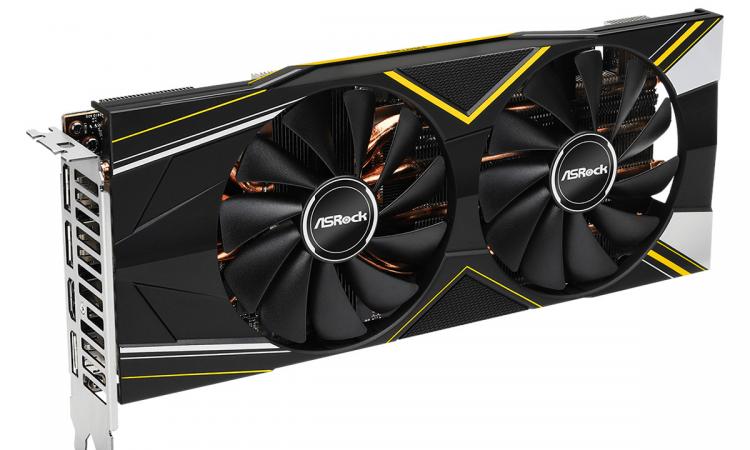 The Holiday period is almost behind us and wouldn't you know it, leaks of upcoming hardware releases from the major brands are starting to occur. The timing, of course, is not unexpected. CES 2020 begins on January 7th and is likely to feature new products from manufacturers large and small, and it's nearly impossible to keep a lid on everything. One such leak is for AMD's Radeon RX 5600 XT, a new mid-range SKU that bridges the performance gap between the RX 5700 and RX 5500 XT in consumer markets.

The information, arriving from ASRock via Reddit and Videocardz.com, outs the broad specification of the Radeon RX 5600 XT thanks to accidental publication of promotional materials. It paints a picture of a card derived from the Navi 10 rather than Navi 14 GPU (as speculated during the RX 5500 XT's launch), but with significant compromises made to the memory subsystem to fit within the desired performance envelope. 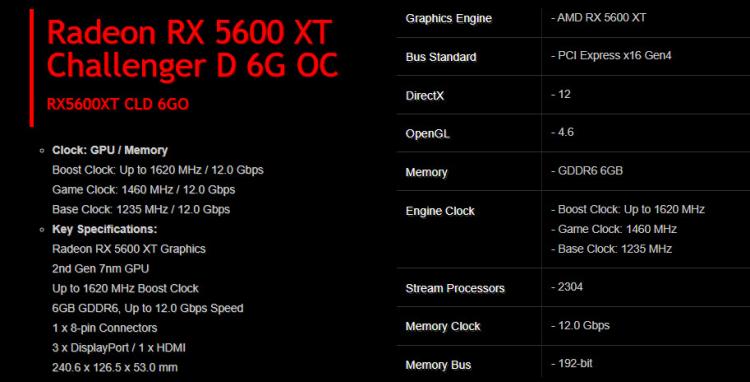 While the RX 5600 XT matches the 2304 shaders of AMD's RX 5700, a drop in operating frequency by 10-15% will have significant implications for overall performance. So too will be the card's memory, which has had its capacity reduced to 6GB, bus width to 192-bit, and overall bandwidth lessened to 288GB/s. This puts it in an awkward position purely from a marketing perspective - will it be 'excellent 1080p performance' or 'entry-level 1440p gaming'? Note also that the specifications are based on a factory overclocked partner variant rather than reference specifications (which would typically be the same or lower).

A working assumption is that the RX 5600 XT is another salvaged Navi 10 GPU (most recently seen in fully enabled form within the RX 5700 XT), with more capabilities disabled than even the RX 5700. It would still be a 7nm GPU with PCIe 4.0 functionality, but considerably less expensive than the more performant 5700-series. It's not however the full-fat Navi 14, a core that's still only used in cut-down form by the RX 5500-series.

After a mixed December AMD Radeon will be looking to start 2020 strongly with a card that can more than compete with NVIDIA's most accomplished GTX 16-series SKUs. This release will however do nothing to challenge NVIDIA's dominance of the high end enthusiast market, which remains RTX 20-series all the way down.