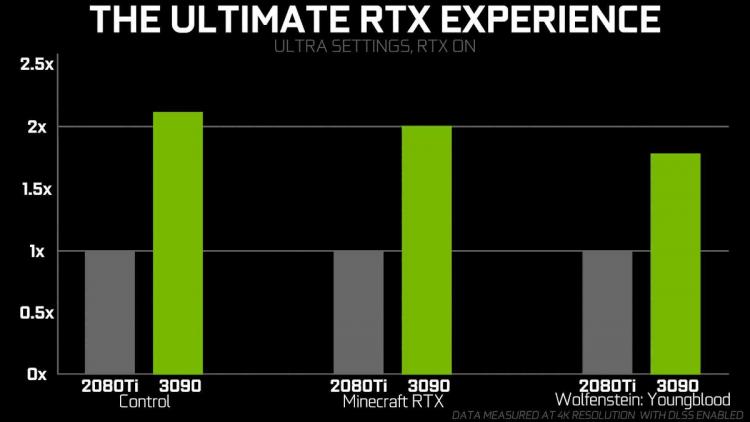 NVIDIA's GeForce RTX 30-series has sprung more than the one leak over the past few days, the most startling of which has to be a whole selection of product pages from one of their major partners, Gainward. Each page (all of which have now been removed from view but remain in Google Cache) detailed the specifications of a specific member of the RTX 30-series family, if not their absolute performance. How convenient therefore that a pair of slides appeared this morning outlining performance.

The meat of the information presented is alleged RTX 3090 performance in a selection of scenarios with ray-tracing enabled, comparing it to the RTX 2080Ti (the previous best consumer GPU). They make no reference to raw frame rates - in common with other NVIDIA data points presented in recent years - but rather present a performance offset compared to the previous generation. So far, so good. 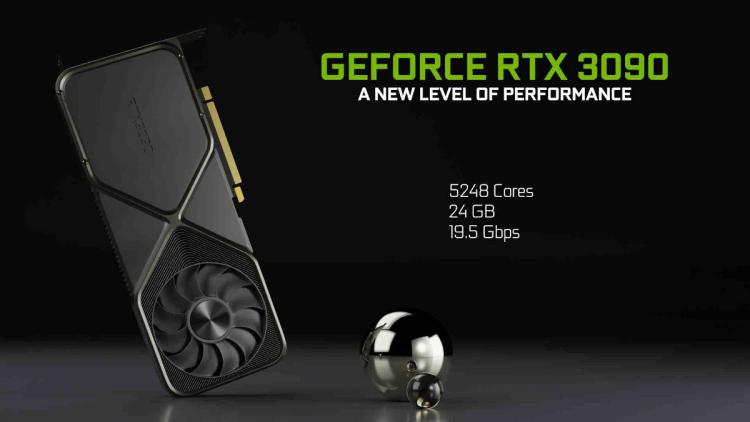 Alarm bells instantly rang in the minds of some technology pundits, particularly Corteks who identified issues with the chart presented in the images. Guru3D echoed these doubts, adding that it would be strange for NVIDIA to refer to headline technology as merely 'Cores' rather than more properly 'CUDA Cores'. The slides have been branded 'FAKE AF'.

The slides are so easy to believe because of the more extravagant claims of performance gains that have been whispered over the past few months. Rumours of 3-4x improvements in ray tracing specifically leading to ~2x improvements in hybrid rendering at 4K seems almost sensible, so a good looking mock-up of this assumption is easy to be taken in by. 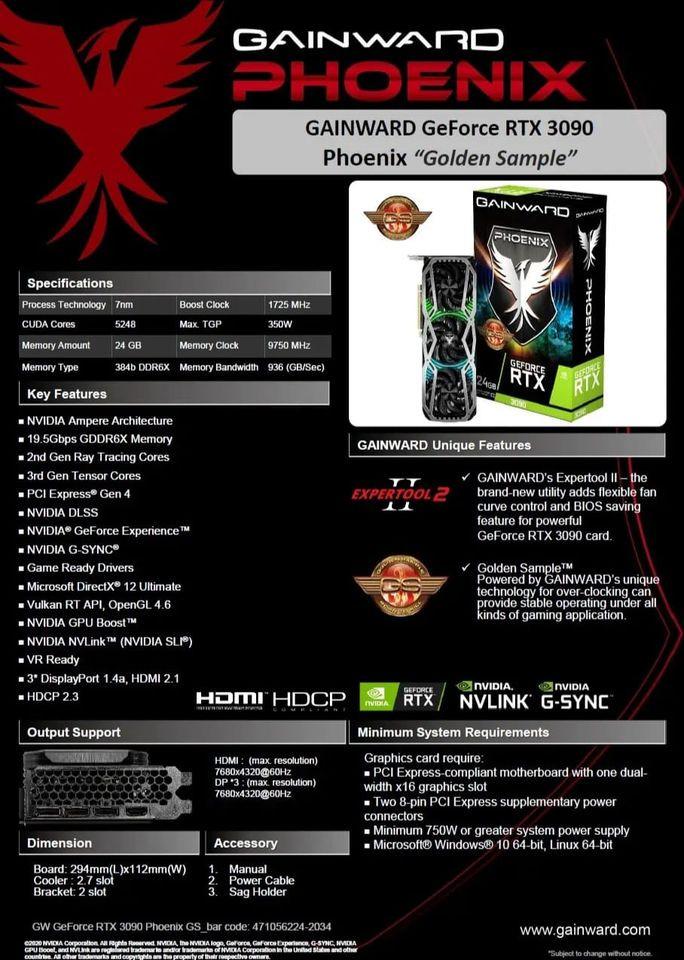 There are doubts about RTX 3090 performance, but it's a different matter when it comes to underlying specifications. Another apparent leak out of Gainward broke down the entirety of the card's specifications including cores, memory details, TDP and even manufacturing process node (7nm, for those wondering). Each tallies up broadly with other leaks over the previous three months, but centralises them into one convenient dollop of sauce.

Whatever our reservations, all will likely to known tomorrow from 5pm UK Time (9am Pacific), when the GeForce Special Event hosted by Jensen Huang kicks off. Until then take every rumour you hear with a generous pinch of salt.