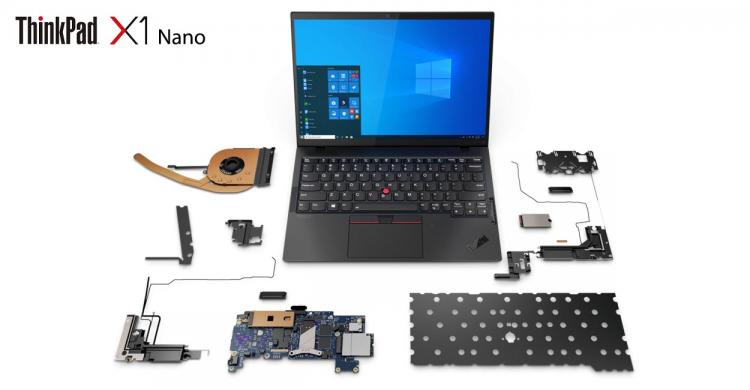 The ThinkPad X1 Nano comes equipped with up to an 11th generation Intel Core i7 processor with Intel Iris Xe graphics. It also features Thunderbolt 4 connectivity, Wi-Fi 6, and optional 5G. The ThinkPad X1 Nano is the first ThinkPad to feature an updated suite of AI and biometric ThinkShield security features, supporting a range of voice recognition and human presence detection features.


The ThinkPad X1 Fold is a first of its kind with its ability to adapt to a new remote, office, and hybrid working models. The X1 Fold is now available to order with optional accessories including the Bluetooth Mini Fold Keyboard, Lenovo Mod Pen, and the Lenovo Easel Stand.

The Lenovo X1 Fold provides a foldable 13.3-inch 2K display and weighs at just 2.2 lbs (990 grams). The ThinkPad X1 Fold looks more like a sketchbook than a laptop, it is compact, stylish, and functional. It is powered by the 10th generation Intel Core processors, 8GB memory, and up to 1TB of PCIe SSD storage. The X1 Fold comes with Wi-Fi 6 connectivity and optional 5G networking.

ThinkPad X1 Fold with Windows 10 is available to order now and will ship in a few weeks, with prices starting at $2,499.