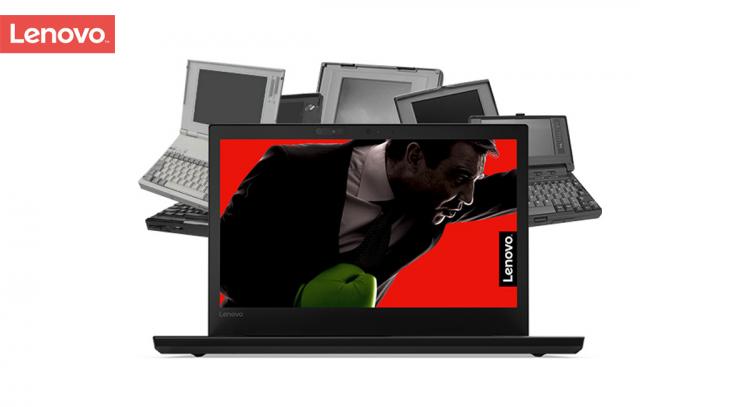 Lenovo celebrates 25 years of design and engineering innovation at Yamato Labs in Japan, the place where the first ThinkPad was created. Today, Lenovo announces the ThinkPad Anniversary Edition 25 notebook features the iconic retro features and classic design but powered by the latest technologies and hardware. Lenovo ThinkPad 25 takes you back to the old school ThinkPad design with its ThinkPad Classic Keyboard, dedicated volume controls, multicolour logo and multiple status LEDs.

Watch the short history about the creation of ThinkPad below

The design concept for the ThinkPad 25 was launched on June 25th, 2015 using social media as a method to gather feedback and preferences from ThinkPad fans and loyalists from around the world. In addition to the classic features, the ThinkPad Anniversary Edition 25 is a thoroughly modern laptop. Powered by an Intel Core i7-7500U processor with discrete NVIDIA GeForce 940MX graphics and a 14-inch full HD display with touch, the ThinkPad Retro performance is a far cry from the original 700C.

For storage, the Lenovo ThinkPad 25 sports a 512 GB PCIe SSD and 16GB of DDR4 memory. Weighs at a comfortable 1.6 kilograms with up to 13.9 hours of exceptional battery life. The ThinkPad 25 is also powered by the Windows 10 Pro operating system.


Pricing and Availability
The Lenovo ThinkPad Anniversary Edition 25 is available in limited quantities in select countries with an MSRP of $1899.99 USD.