Logitech G PRO Gaming Adds A Headset To Their Lineup 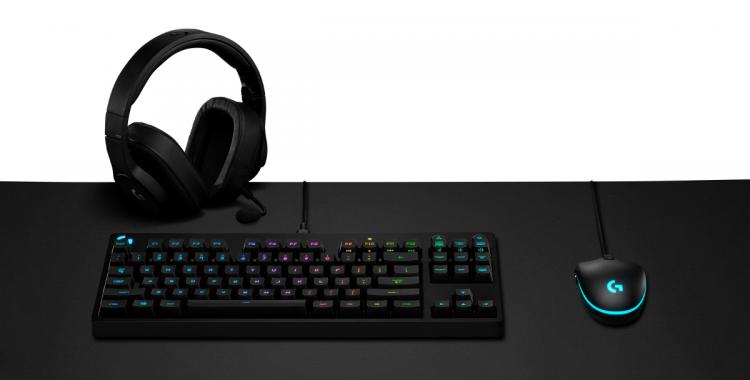 Two weeks ago we give you a preview of two new peripherals launched by Logitech for the gaming market, the Logitech G G513 keyboard and G560 speakers. Today we can once again brief you on something special coming out of their hardware labs, this time Pro-rated for professional gamers: the Logitech G PRO Gaming Headset.

Logitech are certainly no novices when it comes to PC audio. Even discounting their pedigree in desktop speaker design, Logitech headsets have long been a fixture in consumer audio. Indeed, whether it be high-grade wireless gaming headsets or mainstream consumer models for VOIP telephony, they've been a mainstay of the market for decades. However, with the development of the Logitech G PRO lineup for eSports professionals and enthusiast gamers, the team needed something new, a design to complement their already well-regarded Pro Gaming Mouse and Keyboard.

With the clarity and quality of the most advanced gaming headset speaker, gamers can hear every approaching enemy footstep in super-efficient detail. The Logitech G PRO Gaming Headset has also been named the official headset of Electronic Sports League (ESL) CS:GO Pro League, ESL One and ESL Premiership, and will be the headset of choice for several top teams and players.

"As a leading gaming gear manufacturer, we develop what esport professionals, players and enthusiasts are looking for, said Ujesh Desai, vice president and general manager of Logitech Gaming. The PRO headset was developed in close collaboration with TSM, G2 Esports and London Spitfire players. Our design includes features such as a tournament-grade mic and comfortable leatherette for the perfect headset for esports and pro gamers." 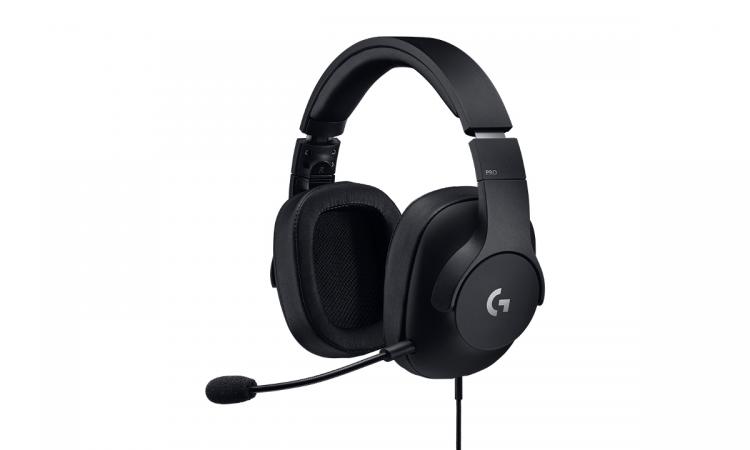 Development began with the Pro-G Drivers as a starting point. Stereo rather than a complex discrete-driver setup, it's designed above all for clarity across as wide a frequency range as possible. Often picking out the subtle sound of a gun reloading or muffled footstep can mean the difference between win and loss, and so eliminating distortion and poor frequency response is critical.

Certainly at first blush the audio is extremely crisp and clear. Perhaps most importantly there doesn't appear to be a heavy bias in favour of bass, often a failing of headsets over-compensating for poor overall frequency response. That preliminary conclusion in echoed by Birdring Kim, player for Overwatch outfit London Spitfire, who said:

The headset raises our teams level of play by allowing us to hear key in-game audio that helps us stay a step ahead of our opponents.

Good drivers are complemented by well-designed cup and cushion, but the types used will have an impact on sound heard. Logitech have chosen a closed cup and head-hugging cushions for the Pro Gaming Headset, ensuring the noise isolation that can be important when attending LANs and other eSports events. Such a design could also aid in immersion, if the sound clarity is good enough and has enough body to it.

It was notable in our hands-on that the cushions provided more clearance than expected between the sides of our head and beginning of the driver. In the past models from other manufacturers left a part of the ear touching the gauze in front of the driver, or in rare instances touching the frame itself, so it was a welcome relief not to experience that.

The standard cushions use a memory foam and leatherette exterior that is particularly firm but not uncomfortable, and should be easy to keep clean. Microsuede cushions are also provided in the retail package for those who prefer a different feel. Combined with a tight but still adjustable arch, the headset grips your head and doesn't tend to shift much if you're a more... expressive gamer. Our review will contain conclusions based on long gaming sessions, but at least initially we believe that only those who have particular issues with pressure around the ear might have problems. 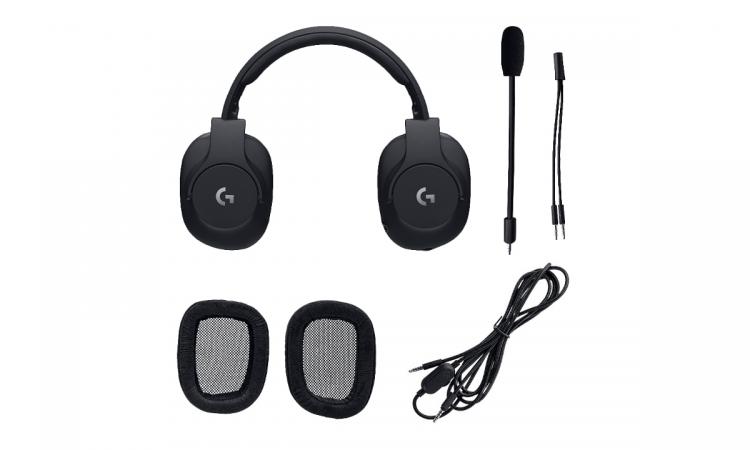 The Logitech G PRO Gaming Headset microphone uses a pro-grade pop filter and microphone for clear voice chat and audio recording that could even be suitable for including in gameplay highlight reels. The noise-cancelling microphone has improved arm bendability, a wider frequency response, lower signal-to-noise ratio and higher sensitivity than previous Logitech gaming headsets, which combine to provide more clarity and headroom.

Two weeks ago Logitech G unveiled the G513 keyboard and G560 speakers, both of which had RGB lighting very much at the forefront of their feature list. The Pro Gaming Headset however is much more of a core gaming product, dispensing with ancillaries in favour of polishing the essentials. So, no programmable RGB LEDs here, just good honest sound.

With that in mind it won't go un-remarked that the headset doesn't incorporate a USB DAC, which is quite a common feature on other headsets in this price range. We put that point to a Logitech representative who stated that the amplification of a dedicated DAC wasn't necessary with the Pro-G Driver, whilst commenting that motherboard audio or audio produced by a discrete sound card was usually of good enough quality to satisfy their requirements.

While this means that you cannot trivially set up Pro Gaming Headset as a discrete audio device (i.e. outputting game audio to speakers, and skype/discord to the headset), that's more of an edge case for the intended use of the headset. Furthermore in-line USB DACs are, if needed, relatively inexpensive to pick up separately.

Logitech are aware that gamers have all kinds of devices which can exploit the high-quality audio capabilities of the PRO Gaming Headset. With that in mind the the Logitech G PRO Gaming Headset is compatible with PCs, consoles (including Xbox One, PlayStation 4 and Nintendo Switch) and mobile devices such as smartphones and tablets.

Logitech G's PRO Gaming Headset is expected be available at retail stores, etailers and the Logitech Webstore in April 2018. The headset has an MSRP of £84.99 inc. V.A.T., but as is always the case with Logitech products that MSRP is more of an advisory rather than rigid lower price limit. If the PRO Gaming Headset sounds tempting to you then it may be well worth your time to shop around for the best deal.