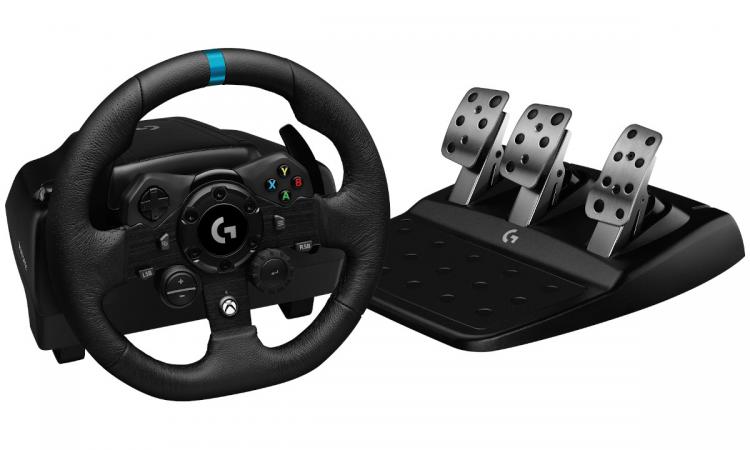 After almost seven years languishing on unchanged hardware a new generation of powerful videogame consoles is just on the horizon, bringing their capabilities closer to that of a performance PC. Of course peripheral manufacturers will be keen to capitalise on demand for controllers of all types that augment the experiences in next-gen games; none more so than Logitech, whose gaming division have just unveiled a long-awaited addition to their G-series racing wheels.

The Logitech G923 Racing Wheel and Pedals is an updated design based on the G920 that features the latest TRUEFORCE high-definition force feedback system. This proprietary technology utilises game engine inputs to replicate wheel feedback, making what players feel even more realistic than previous force-feedback implementations. It has been developed in partnership with professional racing drivers and competitive sim enthusiasts to encompass the strong and subtle information that can be relayed to the driver through the wheel in real-world scenarios. 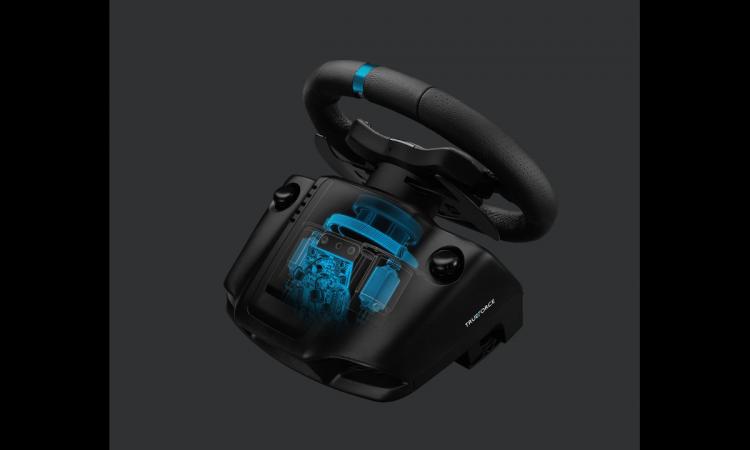 TRUEFORCE is currently supported by Assetto Corsa Competitzione and GRID 2019 on PC and XBOX One, with more titles expected in the upcoming generation. Fallback Logitech force-feedback modes will be available in other titles.

The physical aspects of the G923 package has received a considerable re-work over the G920, including brushed metal steering wheel, polished pedals and a leather wheel cover for maximum comfort. Advanced features include:

A wide range of settings including wheel sensitivity, force feedback levels and button customization can be adjusted through the G-Series HUB software for PC, allowing the assembly of custom profiles for any appropriate game.

The model launched today is supported by PC and XBOX One, and will be compatible with the XBOX Series X when the next-gen console is released in the Holiday 2020 period (i.e. Nov-Dec 2020). The product page also indicates that a model compatible with the PS4 be available for Sony's console, but recent disclosures surrounding backwards and forwards compatibility for controllers may have meant that PS5 support is more piecemeal.

The Logitech G923 Racing Wheel and Pedals will be available for PC and Xbox One this month at an MSRP of $399.99 or £349.99 in the UK with a 2yr limited warranty. More information can be found at the product page.