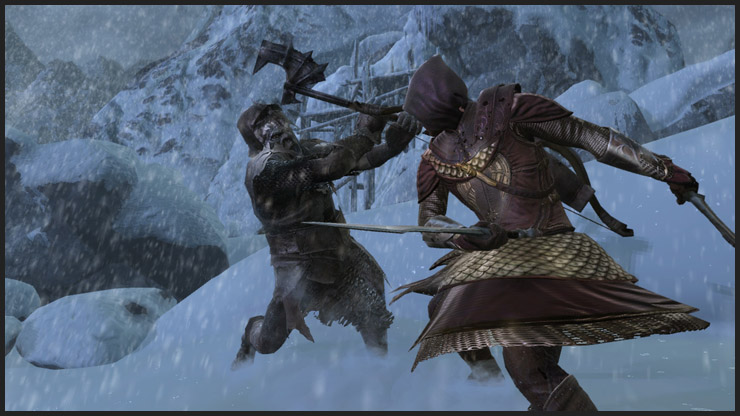 Warner Bros. Interactive Entertainment and Snowblind Studios have today announced that upcoming LOTR video game title: War in the North has been given a November 1st release date for both US and UK. War in the North will be available for PlayStation 3, Xbox 360 and PC. The game takes gamers to unknown lands  not seen in any of the movies.

Developed by Snowblind Studios, The Lord of the Rings: War in the North is an Action-RPG featuring a unique three-player co-operative system. Gamers must battle, explore and journey together, balancing their strengths and weakness as a cohesive Fellowship of Human, Elf and Dwarf, or falter and perish in their journey. The will even feature a Collectors Edition giving gamers behind-the-scenes footage and insight into the games development, an art book is also included with various downloadable content.

With just under 3 months to go until LOTR: War in the North releases, fans dont have that long to wait to play this much anticipated game of 2011.

« NVIDIA to Ship Kepler GPUs This Year · Lord of the Rings War in the North gets a release date - November 1st 2011 · Silverstone's New NightJar 500W Silent PSU, For Silent Types. »