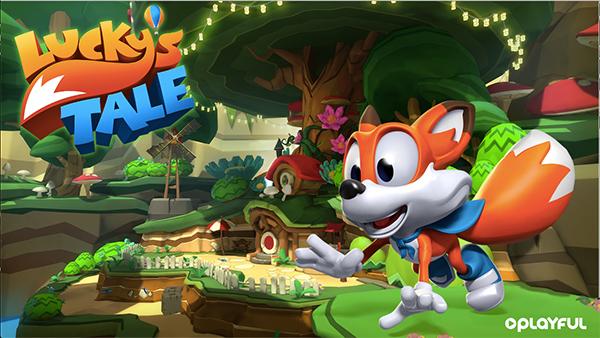 We're still a little way out from known the pricing and availability dates for the Oculus Rift consumer headset, but despite this Oculus themselves are keen to keep the hype building with a new first-party title announcement. Revealed in the company's latest blog update is news that Lucky's Tale, a floating-camera action-adventure title revealed earlier this year, will be bundled with every Oculus Rift sold.

Lucky's Tale is a cutsy action-adventure platformer that, were the Oculus Rift a console, would probably be described as a 'first party' title. It is being developed by Playful and published by Oculus Studios (and will likely be exclusive to the Oculus Store), so should represent as good an experience as possible on their headset.

Playful founder and CEO Paul Bettner was also an early investor in the original Oculus Kickstarter - to the tune of $5000 - and it appears clear that he had his eye on next-gen VR technology to make his dreams of an immersive VR game a reality.

Earlier this month CCP also revealed that EVE: Valkyrie, perhaps the most polished VR title from the makers of EVE Online, would also be bundled with pre-orders of the Rift.

Oculus' efforts in this arena seem tailored to persuading potential purchasers of VR tech that they won't simply be investing in an expensive paper-weight; some content is coming and more is on the way, much of it supported by Oculus themselves. Whist this should necessary sway you in terms of pre-ordering the hardware yourself, it should reassure you that the Rift's launch shouldn't be a flash in the pan event.

You can read more about Lucky's Tale in the official Oculus Blog.