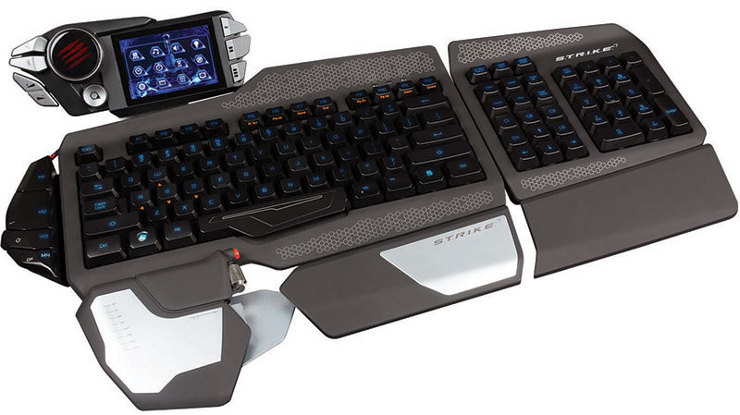 Never let it be said that the guys at Mad Catz aren't willing to push the design boat out and live up to their name. The R.A.T. range of mice, released under the Cyborg brand and now encompassing wireless and MMO versions, was seen as too off-the-wall in its time but has come to be a respected gaming peripheral with other manufacturer's now apeing the concept. Hopefully they can live up to this trend-setting reputation with the S.T.R.I.K.E. 7, a gaming keyboard conceived with the same modular design philosophy in mind. 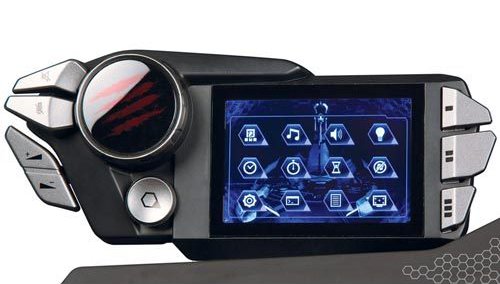 Immediately prominent on the S.T.R.I.K.E. 7 is the LCD screen, the assembly of which Mad Catz calls a 'Control Module' and is the first of 5 modules making up package. Styled as including a 'V.E.N.O.M. TFT-LCD Touchscreen', this Module allows configuration and access to in-game and out-of-game functions or apps including macro's, sound balance and Teamspeak.

The next two modules are the main Keyboard Module, consisting of the majority of the standard keys, and Function Strip. The Function Strip adds four additional macro keys for a total of twenty four across the whole keyboard, which coupled with three profiles allow 72 independent macro functions. Adding another layer of cosmetic customisation, the Keyboard Module includes a full RGB (16-million colours) led backlight.

Capable of loose- and fixed-fitting, the Number Pad Module can be detached from the main keyboard, depending on the gamer's needs. Furthermore, wrist and palm rests are modular but attached securely to corresponding modules; the palm rest also houses a scroll wheel for added convenience. 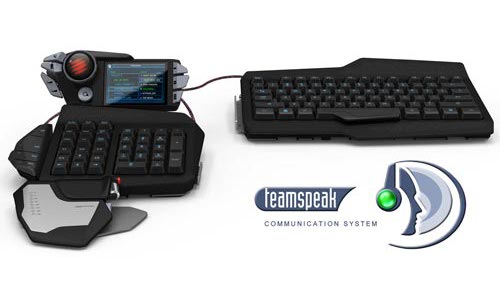 The S.T.R.I.K.E. 7 is not a mechanical keyboard, eschewing the hardier and more expensive switch type in favour of 'specially engineered membrane which mimics the tactile feel generated by the mechanical keys'. Like many high-quality mechanical keyboards however it does utilise a metal chassis for additional rigidity and durability. These quality touches will be needed to justify the price tag: $299.99 buys you a lot but will be a tough pill to swallow, even for gamers looking for high-end peripherals.

For more information on the Mad Catz S.T.R.I.K.E. 7 visit madcatz.com or cyborggaming.com; follow them on Twitter at @MadCatzUK.

There are currently 504 user(s) online:
Google