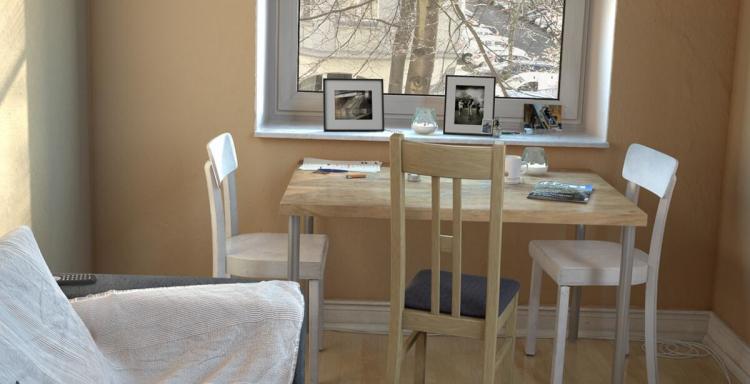 Friedrichsdorf, Germany  November 11, 2020  Maxon, the leading developer of professional 2D/3D digital content creation and composting solutions, has just released Cinebench Release 23, an update to its industry-standard, cross-platform benchmarking application trusted by developers, analysts and users alike to evaluate hardware performance. Cinebench uses advanced algorithms to visualize and render a three-dimensional scene on a computer. Cinebench scores are used by hardware manufacturers to optimize CPUs during the development process, as well as press and consumers to evaluate systems.

This news follows the recent announcement that Cinema 4D, Maxons award-winning 3D animation software, is the very first professional 3D animation package available for Apples new MacBook Air, 13-inch MacBook Pro, and Mac mini powered by the revolutionary M1, the first in a family of chips designed by Apple specifically for the Mac.

For more than a decade, Cinebench has been the go-to tool for hardware manufacturers and industry analysts to evaluate system performance, said David McGavran, Maxon Chief Executive Officer. Cinebench R23 delivers the most accurate and stable results for the latest hardware, including Apples recently announced M1-powered Macs, ensuring users are operating on the highest performing systems for demanding content creation and rendering workloads.

- Cinebench is now based on the latest Release 23 code using updated compilers, and has a minimum runtime activated by default (previously hidden in preferences)
- Cinebench R23 delivers more stable and accurate results for high-performance systems and allows users to check that the hardware is able to deliver the performance steadily, without throttling down due to thermal issues.
- Users now have the option to directly test the single core performance without manually enabling the Advanced benchmark option. The Advanced benchmark allows users to set arbitrary minimum runtimes to stress test the hardware for even longer periods of time.
- Because of the code and compiler changes, Cinebench score values are readjusted to a new range so they should not be compared to scores from previous versions of Cinebench.

Cinebench Release 23 is available free-of-charge from the Maxon website as well as the Microsoft and Apple app stores.

The application runs on Windows 10 on Intel or AMD 64-bit CPU with SSE3 support or macOS 10.13.6 or higher with 64-bit CPU running on Intel-based Apple Macintosh and 4 GB RAM or Apples M1-powered systems.

Who Should Use Cinebench?

Anyone who needs to evaluate hardware performance should add Maxon Cinebench to their testing arsenal. System administrators can use Cinebench to help make purchase decisions, journalists can use the results in reviewing hardware, hardware manufacturers can utilize the feedback in optimizing their latest products. Any computer owner can evaluate their individual system. Unlike abstract benchmarks, which only test specific functions of CPUs, Cinebench offers a real-world benchmark that incorporates a users common tasks within Cinema 4D to measure a systems performance.

- Cinebench R23 now supports Apples M1-powered computing systems
- Cinebench is now based on the latest Release 23 code using updated compilers, and has a minimum runtime activated by default (previously hidden in preferences)
- Cinebench R23 provides improved benchmark accuracy for current and next generation CPUs to test if a machine runs stable on a high CPU load, if the cooling solution of a desktop or notebook is sufficient for longer running tasks to deliver the full potential of the CPU, and if a machine is able to handle demanding real-life 3D tasks.
- Users now have the option to directly test the single core performance without manually enabling the Advanced benchmark option. The Advanced benchmark allows users to set arbitrary minimum runtimes to stress test the hardware for even longer periods of time.
- Because of the code and compiler changes, Cinebench score values are readjusted to a new range so they should not be compared to scores from previous versions of Cinebench.
- Cinebench R23 does not test GPU performance.
- Cinebench R23 will not launch on unsupported processors. On systems lacking sufficient RAM to load the test scene, a warning will be displayed and the CPU benchmark will not be executed.
- Background tasks can significantly influence measurement and create diverse results. Its always a good idea to shut down all running programs and disable any virus checking or disk indexing but its impossible to eliminate all background processes. Modern operating systems perform various background tasks that cannot or should not be disabled, even though they could have a minor influence on the results.
- Test results can vary slightly because its impossible to disable every background task of the operating system. These tasks are one factor that may have a slight influence on measurements. Also, modern computers and graphics cards dynamically adjust clock speeds based on environmental conditions like power and temperature. For instance, processors will reduce clock speed when running too hot to allow for cooling and prevent damage. With many modern processors, the reverse is also true. They are able to overclock themselves when the temperature is low enough. Therefore, a system freshly started in a relatively cool environment will typically run faster than the same system that has been performing benchmarks for several hours in a heated office.
- It is also possible to launch Maxon Cinebench with command line options. Please refer to your operating system manual on how to start an application using the command line. After the name of the application enter one of the options listed below. Maxon Cinebench will then be executed, run the specified test, then quit and display the result in the command line console. The result is not saved as a file.

To get a proper console log on Windows, you have to add an additional command before the Cinebench executable name. Example: