Micron Announces GDDR5X Will Enter Mass Production In The Summer 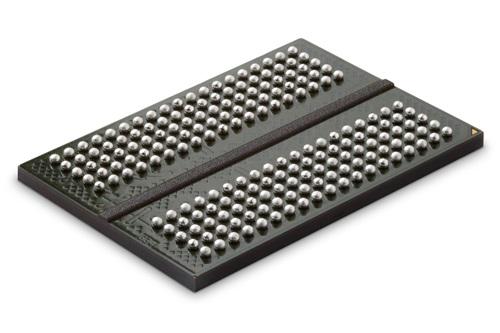 AMD was the first to announce High-Bandwidth-Memory (HBM) in place of GDDR5 for graphics memory. HBM was the first step to more energy efficient memory chips with an increase in performance. This year NVIDIA has announced that their new generation of graphics cards will be utilizing HBM2, the second generation of High-Bandwidth-Memory. This is also expected to come to AMDs line of Radeon cards, Polaris but this has not been confirmed yet tho.

HBM is only intended for enthusiasts tho, it comes at a premium price, do to the sophisticated manufacturing process. But here is where GDDR5X comes into play, GDDR5X is cheap to manufacture, it has the same price point as GDDR5, but GDDR5X has almost double the speed as GDDR5. 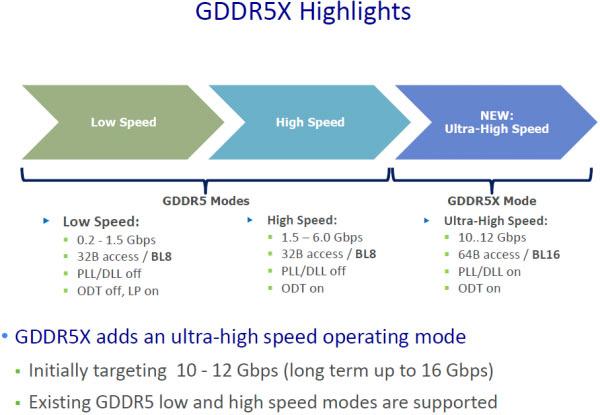 The bandwidth could theoretically double (up to 16GB/s), but Micron confirms their units can currently offer up to 13 GB/s. The power requirements will also have lower voltage of 1.35V, but this won't make a noticeable difference in total power consumption of graphics cards. GDDR5X has the same manufacturing cost and process of normal GDDR5. This means manufactures of graphics cards will be able to easily choose between different manufactures of memory. Like Micron, Hynix or Samsung, without affecting the GPU itself.