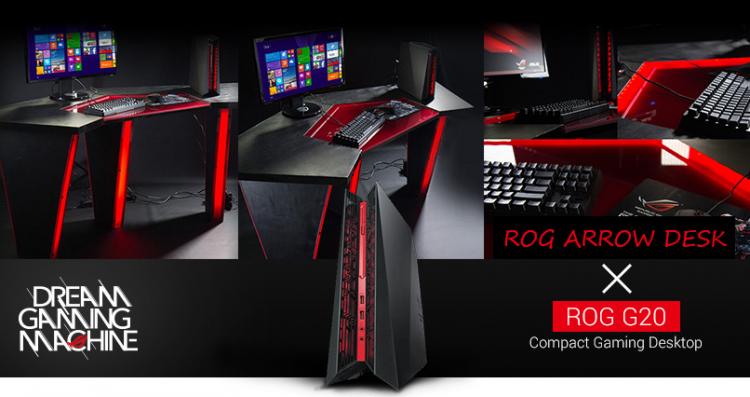 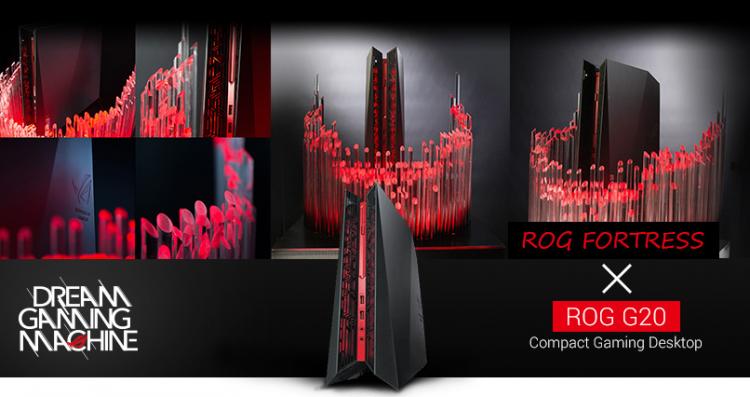 Visitors to the Dream Gaming Machine website are able to vote multiple times to increase their chances of winning, with a maximum of one vote per day, per visitor. The campaign will also include bonus giveaways, triggered each time 10,000 votes are cast. Bonus prizes include the ROG Gladius mouse and Whetstone mouse pad, and will be awarded via a random draw.

The Dream Gaming Machines are born

ROG invited 12 of the worlds leading modders to France, and challenged each of them create their Dream Gaming Machine in just 30 hours.
The expert case-crafters were encouraged to set their imaginations based on the ROG product line-ups unique and outstanding design, performance and portability in order to turn five ROG G20 compact gaming desktops, five GR8 ultra-compact gaming desktops and two G751 gaming laptops into ultimate objects of desire. 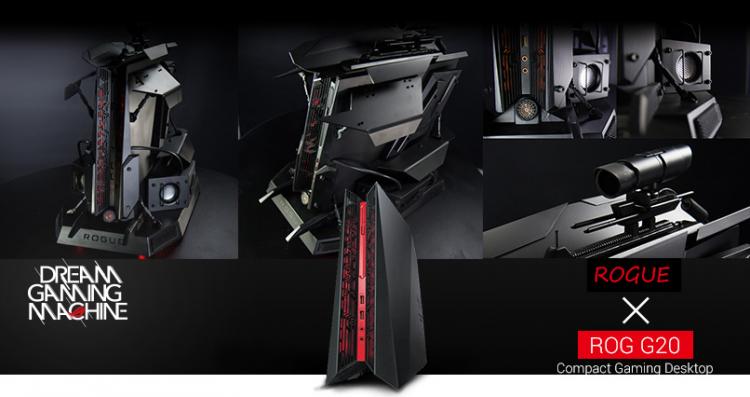 The modders spectacular creations include Fortress, a stunning work of art realized by Lee Harrington (PcjunkieMods) and inspired by Supermans secret citadel, the Fortress of Solitude. Mounted on a rotating pedestal and surrounded by dozens of crystalline rods that glow in awesome ROG red, the heart of Fortress is G20  the powerful ROG gaming desktop in a compact 12.5-liter case.

A second G20-based build is the stealthy ROGUE by Ali Abbas, a name formed by melding ROG with the initial letters of under and estimated  reflecting the fact that Ali had previously underestimated G20s sheer gaming power. 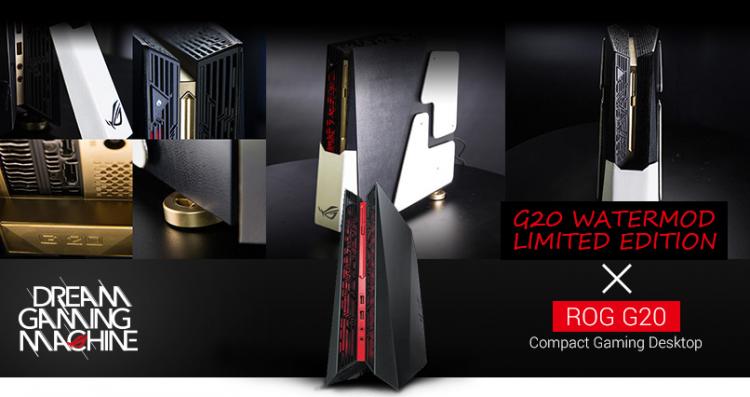 Night Elf is the third Dream Gaming Machine candidate built around the G20 and GR8 gaming desktop. Created by Wei Zheng, Night Elf is adorned with LEDs that emit an atmospheric red glow for nighttime gaming.

The final G20 build is Arrow Desk, by Emmanuel Cuccu. Inspired by G20s thrusting power and speed, Cuccu spent 30 hours crafting an arrow-shaped gaming bench. With G20 sat atop Arrow Desk, Cuccu hopes his build will point him to victory. 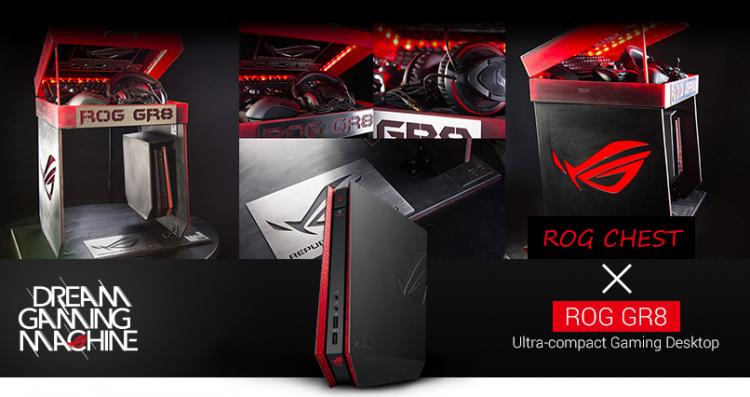 Next up is GR8-N-GO by Stefan Blass which accentuates GR8s ultra-compact credentials with a handle for additional portability and aluminum braces for superior strength.
ROG Chest is a GR8-themed build from Xmodding Factorys Tommaso Mascia. This design is similarly inspired by GR8s powerful minimalism, placing the console-sized ROG gaming PC in a beautiful Plexiglas® case able to store everything else Mascia likes to carry with him when he plays. 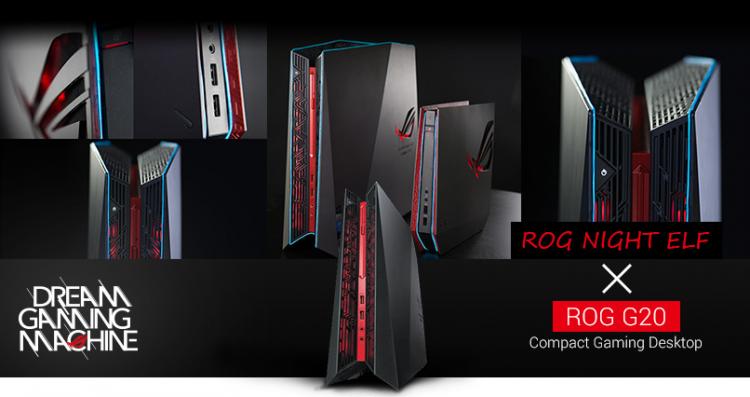 Emergency Kit for Gamer is the invention of Mickael Arrivetx (FrostMod), and the final GR8-based Dream Gaming Machine contender. Arrivetxs ambition was to create military-style transportation for his GR8 and gaming accessories, and Emergency Kit for Gamers striking ruggedized suitcase ensures that everything inside is both secure and also ready to game. 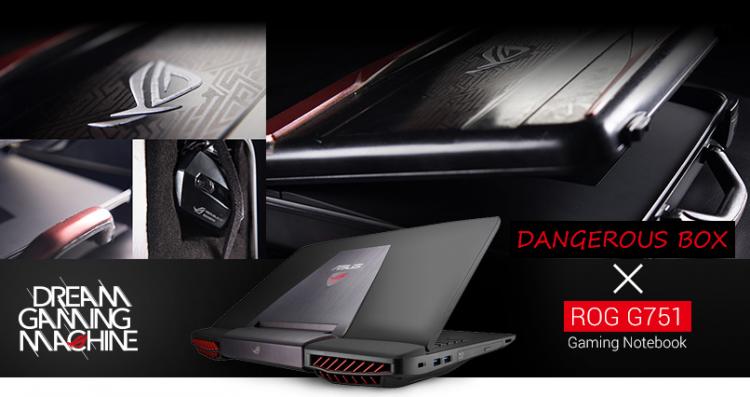 The second and last G751 build is ROG Bag by Martin Blass, a 3mm-thick aluminum case lacquered in ROG red and black and coated internally with a soft-touch material that cleverly doubles as a gaming mouse mat.

GR8 is the exciting console-inspired ultra-compact gaming PC from ROG with an Intel Core i7 processor and NVIDIA GeForce GTX 750Ti graphics for full-on gaming in Full HD. It features up to 16GB DDR3L memory, a hard disk drive or high-speed solid state drive, Intel Ethernet and built-in 802.11ac Wi-Fi, and a slide-off, easy-storage-upgrade design.