👤by Jon Martindale  Comments 📅05.07.2012 13:45:45
"It is a big milestone for us, and we are very happy to share it with you guys. But before we start sending out the codes, I would like to take a minute to explain what you can expect in this alpha," reads the official statement.

It goes on to describe that while the initial crop of codes sent out will be small, this will gradually increase over time - so those disappointed early on shouldn't give up hope. Gameplay wise, Scrolls' alpha includes Deck Building, featuring three scrolls of each type, allowing gamers to customise their 40 scroll deck quite extensively. 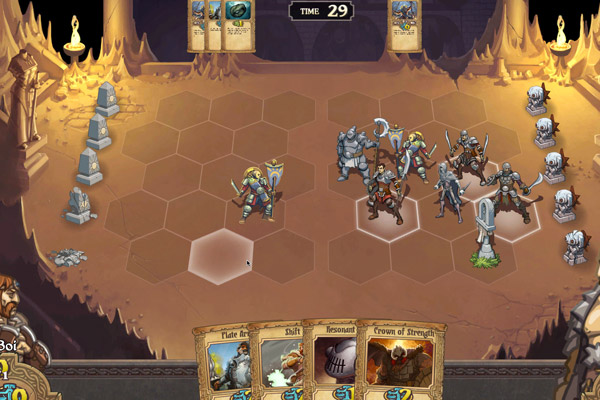 Single player gameplay is included, with AI battles of three different difficulties. However there will be no story progression and no boss fights - yet. Multiplayer is also available, with chat and challenge features, as well as a random PvP experience. During that game mode, there will be a 90 second timer to make sure turns don't take forever.

Those unsure how to play can make use of the included tutorial too.

All Mojang asks as part of the experience, is that "everyone who gets invited to the alpha to report any bugs to us. Information on how to do this will be given in the invitation e-mail."