Judging by reviews NVIDIA's new GeForce RTX 20 SUPER-series graphics cards have some excellent performance characteristics, but in common with all GeForce RTX-class GPUs are crying out for experiences which can really stretch their capabilities. Implementation of features such as real-time hybrid ray-tracing and Deep Learning Super-Sampling aren't trivial, but ever so slowly we're starting to see more triple-A titles retrofit the technologies into their game engines. Such is the case this week with Capcom's Monster Hunter World, which will gain DLSS support with its July 18th Update.

DLSS is a tool developed by NVIDIA to improve performance at specific resolutions when the load on the GPU is particularly high. It utilises Deep Learning inferencing on specially trained neural networks to upscale frames to the monitor's native resolution, taking advantage of the Tensor cores in each RTX 20-series GPU. The neural networks are trained by NVIDIA themselves and distributed through their driver download program or via game updates, which also means that they're able to be continually refined and released to users directly. 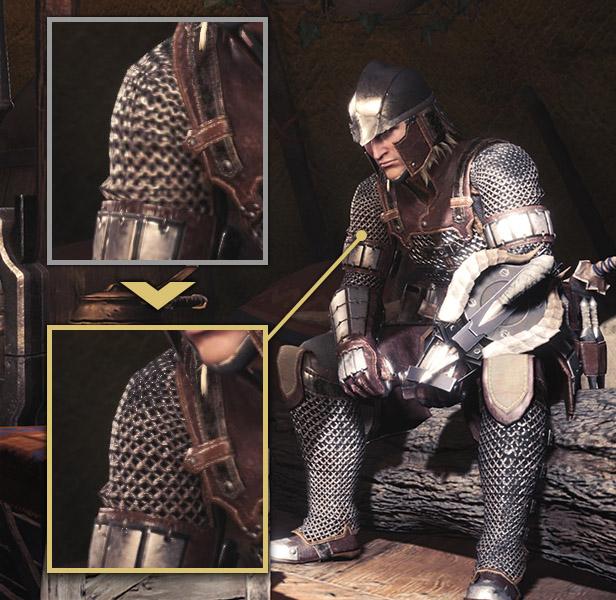 The implementation of DLSS might be a reaction to the realities of using Monster Hunter World's High Resolution Texture Pack, an update which came online in April. These textures had an enormous impact on frame rates at higher resolutions, particularly 4K, to the extent that even the mighty RTX 2080 Ti failed to reach a consistent 60fps.

NVIDIA's DLSS upscaling, which renders at lower than monitor native resolution and uses deep learning to generate processed frames very close to the full resolution in quality, should improve performance by as much as 50% throughout the RTX 20-series in this demanding scenario. Playing at 4K DLSS should be possible with even the modest RTX 2060, which will now be able to reach an average of 37fps when paired with suitable hardware. Pretty impressive, if image quality holds up. 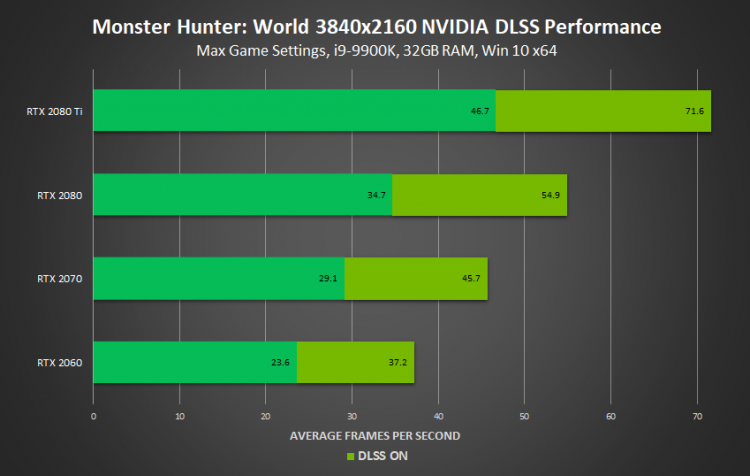 The nature of DLSS has meant that in previous games only specific resolutions were supported by various hardware configurations. Monster Hunter World will support both 16:9 and 21:9 aspect ratios at the following resolutions:

DLSS implementation can be slightly idiosyncratic, making it possible that some lower resolutions and image quality settings may not be supported by the highest performance GPUs in DLSS mode. Irrespective of that, fans of the franchise and the latest NVIDIA hardware should soon be able to enjoy some seriously smooth gameplay with highly impressive vistas (not to mention the Monsters themselves).

Alongside DLSS, Monster Hunter World is also implementing a sharpness post-processing slider into the client. The feature is part of NVIDIA's DLSS implementation, but this is its first outing as a community requested feature and may be a response to the feeling from some quarters that DLSS produces a slightly blurred image.

The Monster Hunter World July 18th update is scheduled for 00:00 UTC on that day, and also comes with a number of important bug-fixes. It's recommended that before enabling DLSS users download and apply the latest GeForce driver and the High Resolution Texture Pack, which needs an RTX 20-series GPU with at least 8GB VRAM for best results. 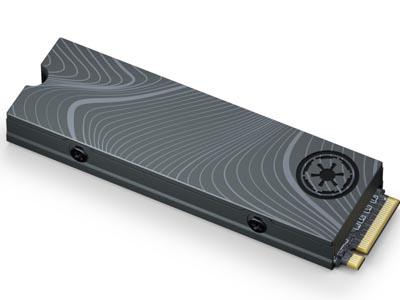