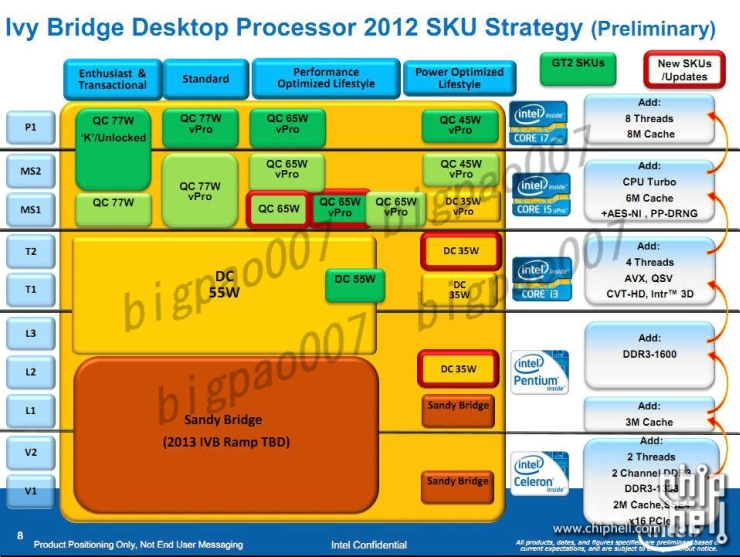 A few more leaked slides of information from Intel regarding the upcoming refresh of Ivybridge, the 22nm refresh of Sandybridge, have been gained by the site Chiphell.com. Defining each SKU within both a usage pattern scenario - Enthusiast through to low-power user - and capability specification - 4 Cores/8 Threads/8M Cache on the 2600K equiv., 4 Cores/4 Threads/6MB Cache etc. - the slide also labels each with a TDP. According to this 'preliminary' slide the TDP of the 'K' SKU Ivybridge CPU's will be 77W, down from the 95W TDP of equivalent 'K' Sandybridge chips, and i3 series equivalent dual-core chips should be a low as 35W. 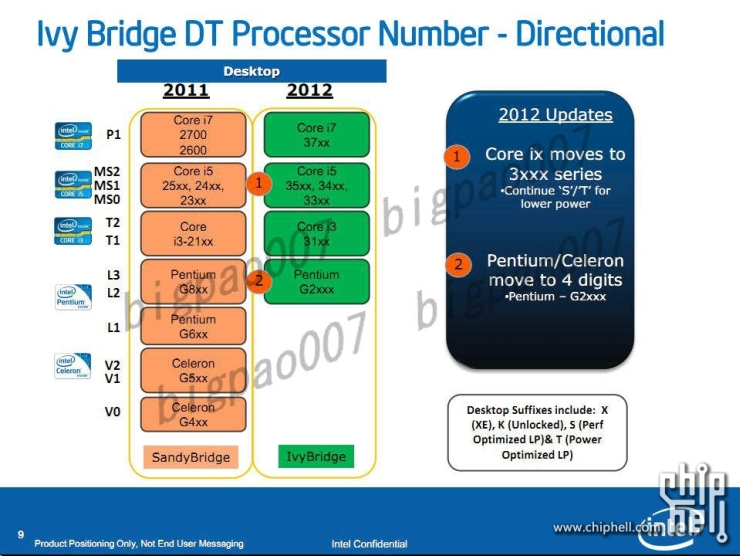 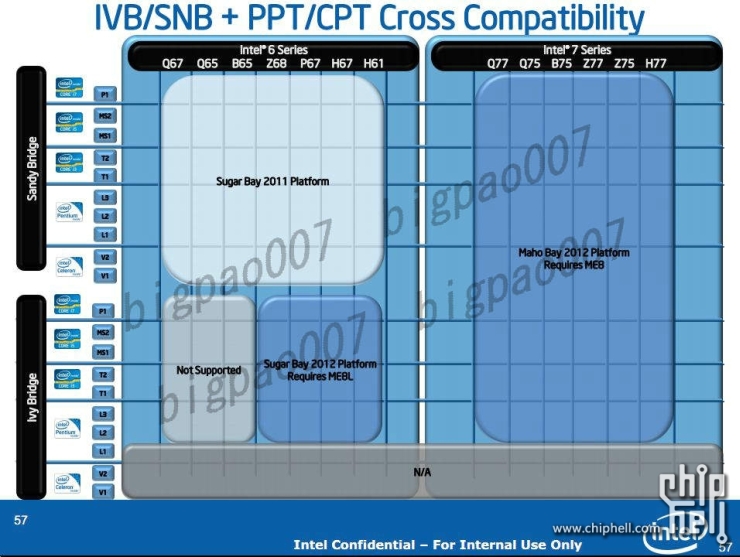 Useful for users already sporting P67-, Z68-, Q- or H-variant motherboards, one slide explicitly states compatibility information for IvyBridge CPU's on the currently released LGA1055 range. IvyBridge will be incompatible with Q65/67 boards and those which don't support both UEFI and the ME8L firmware update process. Obviously, your motherboard vendor should be able to furnish you with a list of IB compatible motherboards and applicable firmwares.

Those with existing SB CPU's who want to upgrade motherboard-first (one presumes they must exist) will be buoyed by apparent confirmation that each of the new motherboard chipsets should be backwards compatible with SB CPU's. 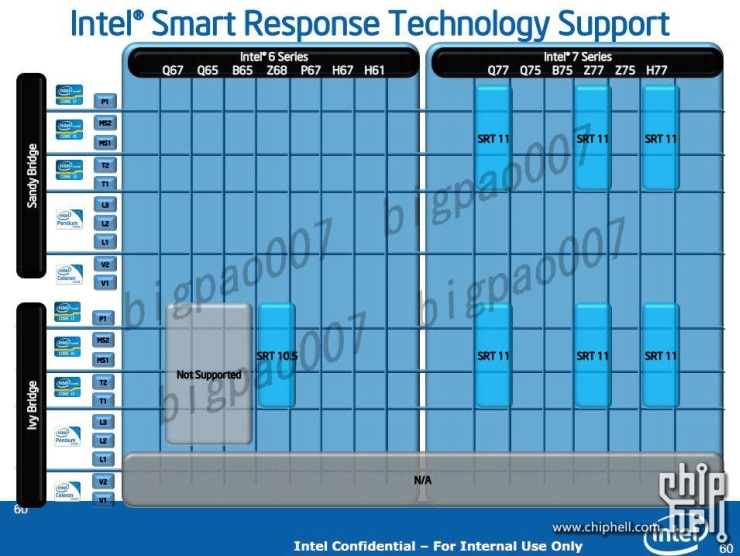 When it comes to the Maho Bay 2012 platform, the range may be simplified somewhat. Rather than the somewhat confusing current range featuring seven fairly distinct variants, five only will be released with IvyBridge: Q77, B75, Z77, Z75 and H77. All -77 motherboards will support a new version of Intel Smart Response Technology method of SSD caching, more clearly delineating the premium chipset features than is currently the case.

There's no doubt more information to be scraped from those slides, so they're well worth examining. Ivybridge is still some time away, as are the PCIE 3.0 cards which will take full advantage of Ivybridge's features. Until then, new information will no doubt continue to slowly trickle out.