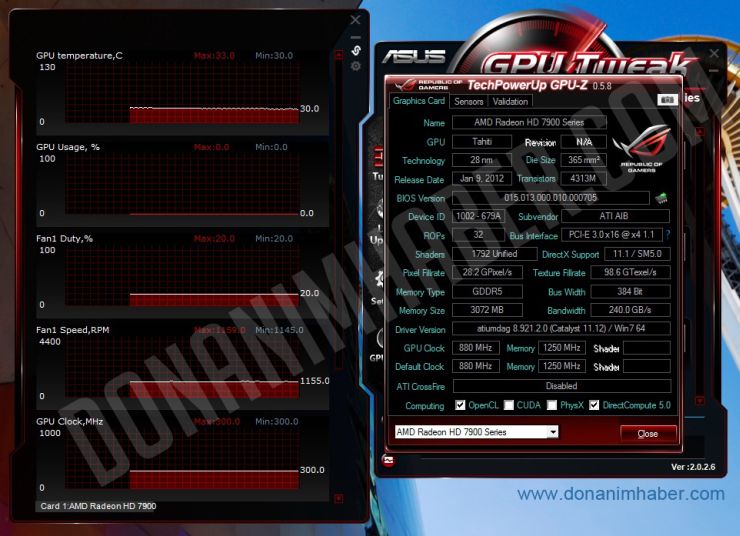 Turkish site DonanimHaber.com are up to their old tricks, leaking information in a manner carefree and joy to behold. Today's choice leak yet again concerns the AMD HD7950, and is accompanied by a GPU-Z screenshot (above) detailing the card specs.

The AIB for this card is not known except to say that it's unlikely to be an ASUS product and may instead be one of the many others currently in circulation. As expected, the 7950 features 1792 shader cores (which represents 28 Compute Units, down from the 32 CUs of the 7970) and 32 ROPs. At 880MHz the Core clocks are higher than previously surmised, perhaps representing a significant factory overclock on the vendors part. The 3GB of GDDR5 memory clock is 1250MHz, broadly in line with expectations.

Also of interest is that the article appears to indicate that there will be no 7950 reference design, instead relying on AIB's to make their own customised boards for both 3GB and 1.5GB variants. If so, that would probably nix the idea of a broad unlocking of the GPU to 7970. 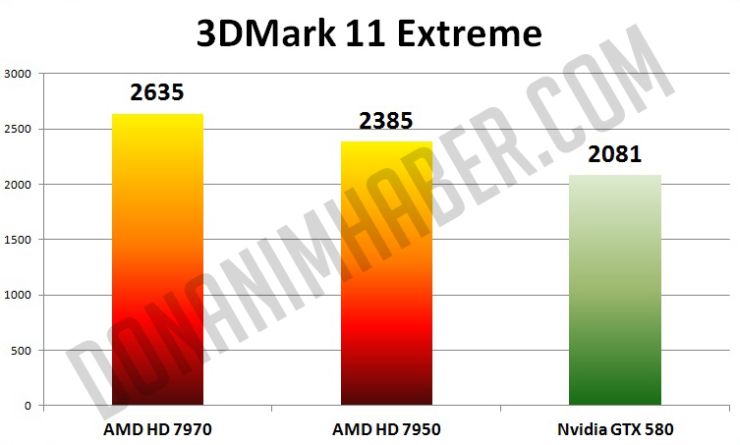 DH have also posted a preliminary benchmark showing 3DMark 2011 Extreme scores comparing a stock 7970 with this 880MHz 7950 and a standard NVIDIA GTX 580. Somewhat surprisingly the 7950 beats the 580 handily, but it must be stressed that this is a single unverified benchmark and shouldn't be taken as a broad expectation of relative performance. It does however look promising for AMD with Kepler still AWOL.