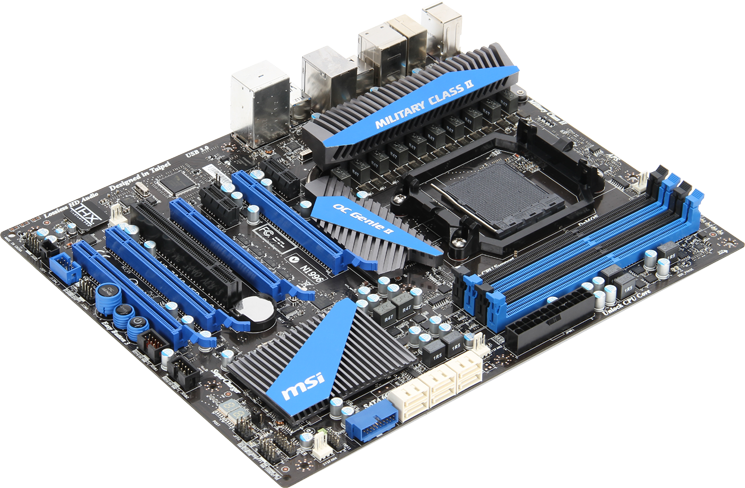 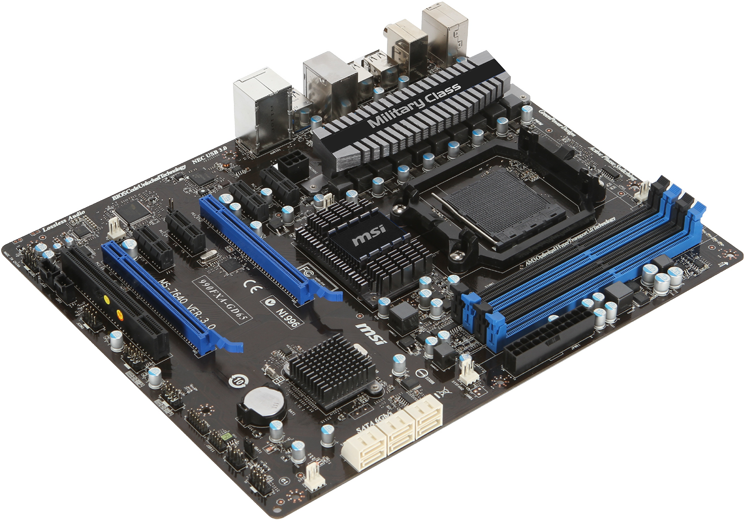 MSI AMD 9-Series Mainboards
Powered by the most stable components 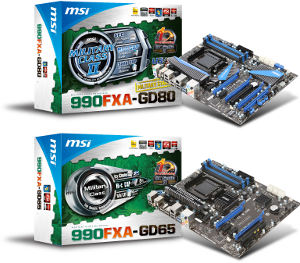 MSI, the world-renowned mainboards and graphics cards manufacturer, has officially launched their AMD 9-Series chipset based mainboards; the 990FXA-GD80 and 990FXA-GD65. The 990FXA-GD80 and 990FXA-GD65 support the upcoming FX "Bulldozer" CPUs from AMD which also feature world's first native desktop octa-core CPUs for the AM3+ socket. the MSI 990FXA-GD80 continues the technological focus for which MSI has garnered worldwide applause; The United States Department of Defense Military Standard 810G certified Military Class II components, and world's easiest and powerful automatic overclocking feature: OC Genie II. Complemented by a number of practical and convenient features to satisfy the requirements of all users, no matter if it is a basic user, power gamer or extreme overclocker. This includes support for SLI and CrossFireX multi-graphics setups with 4 x16 PCI Express 2.0 connectors, THX TruStudioPRO and All SATA 6 Gbps storage.

The most stable components 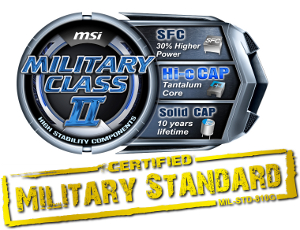 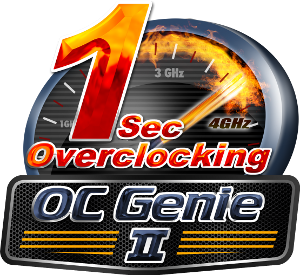 MSIs 25 years of knowledge in mainboards and overclocking has delivered some remarkable results. From worlds first overclockable 80286 mainboard to the simplest ease for end-users to upgrade their PC performance up to 250% with a simple push of a button shows MSIs dedication to give end-users more performance with their mainboards. OC Genie II unlocks hidden CPU cores, overclocks the processor and overclocks the memory all with a single push of a button. So easy you never have to worry about your BIOS or software utilities again! 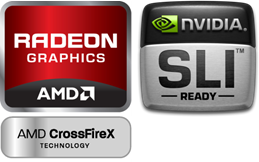 MSIs 990FXA-GD80 and 990FXA-GD65 mainboards support both NVIDIA® SLI and AMD CrossFireX to ensure the best compatibility, graphics power and future upgrade possibilities without the worries of multi Graphics card support. Multi-graphics solution are ideal for users that reach new performance levels with OC Genie II and need to have a graphics setup to complete that performance.

To deliver the best listening experience, the MSI 990FXA-GD80 mainboard comes with THX TruStudioPRO technology, featuring the most realistic and dynamic effects and optimum sound quality to enjoy Blu-ray movies, multi-media entertainment or 3D games for an unrivalled audio experience. 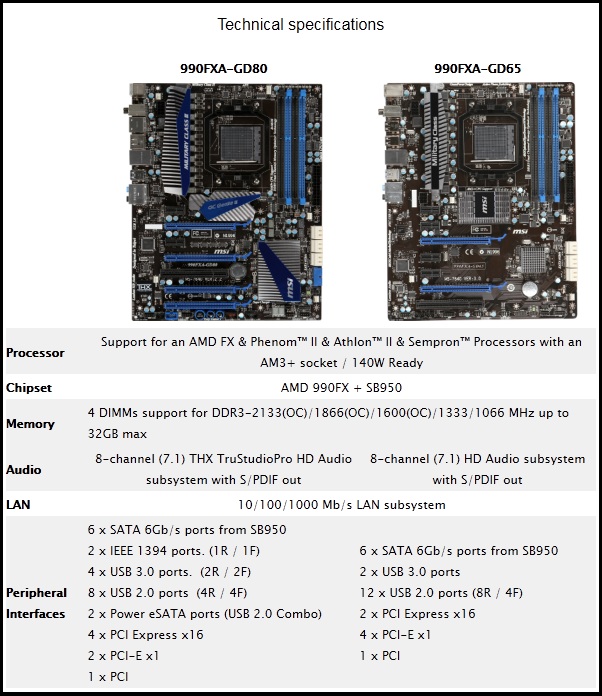