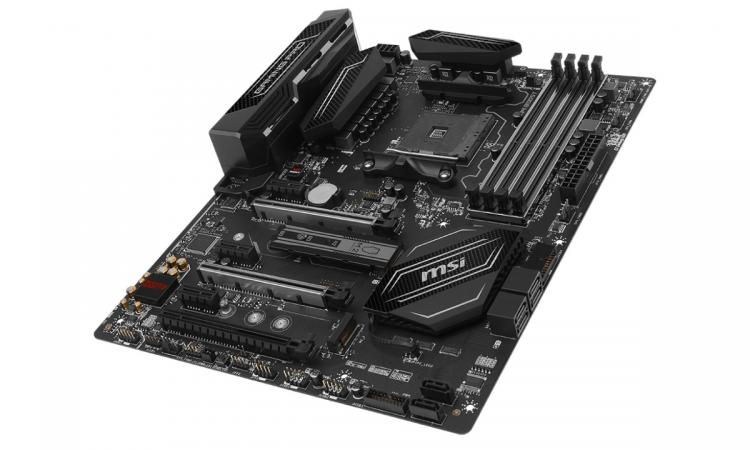 BIOS updates have been more talking point that anyone was expecting following the launch of AMD's 3rd Generation Ryzen platform. Most recently the AGESA Combo 1.0.0.3 ABBA sought to improve CPU frequency boost characteristics after a survey revealed that relatively few reached the listed specifications, but even prior to this AGESA updates were needed to address myriad teething issues in the latest CPU range. Now comes AGESA Combo AM4-1.0.0.4 (Patch B) into the general release cycle, and with it a laundry list of debugging notes in addition to some welcome performance tweaks.

Although AMD's motherboard partners have issued Beta releases of AGESA 1.0.0.4, MSI are one of the first to roll the new update out as an official release. A recent blog post outlines some of the more readily measurable improvements - namely faster cold boot times, wider 1st Gen Ryzen APU support and SATA/NVMe storage RAID functionality - and states that their X570 motherboard range will receive an updated BIOS in the coming days. Meanwhile, testing for 300-series and 400-series motherboards continues, with an anticipated update scheduled for all motherboards by the end of November.

While not stated, it seems likely that the X570 has been prioritised alongside as-yet unreleased B550 models and any boards shipping through System Integrators in the near future. MSI's 400-series MAX platform will be updated ahead of legacy models, but it's a credit to AMD and MSI that the older designs are still being so effectively supported deep into their life-cycles. 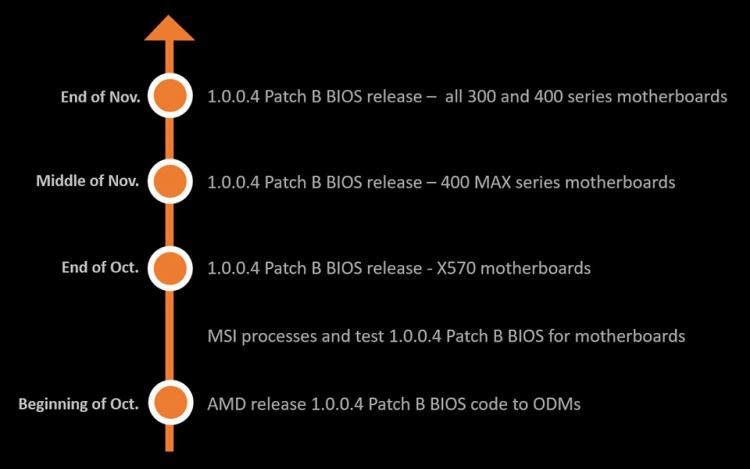 We can expect similar announcements from other AMD partners such as ASUS, ASRock and GIGABYTE, many of whom skipped the AGESA 1.0.0.3 ABBA update in favour of a more mature build. Keep tabs on the support pages for your motherboard if you're interested in switching up to the latest release, but don't fret if they're not available immediately.

Tests with Beta BIOS releases which incorporated AGESA 1.0.0.4 indicated a change to the CPU Boost Algorithm of 3rd Gen Ryzen CPUs, leading to better sustained all-core performance. It remains to be seen however if those improvements are borne out when the release is finalised.