In a quiet corner at CES 2011, MSI had on show their new AMD 990FX motherboard, the Big Bang Conqueror. Silly names aside, this looks like it should be one impressive motherboard. Compatible with the upcoming AMD Zambezi Platform (CPUs sporting 8 cores, 16MB cache, dual-channel DDR3 using the Bulldozer architecture) it's using the upcoming chipset from AMD, the 990FX. 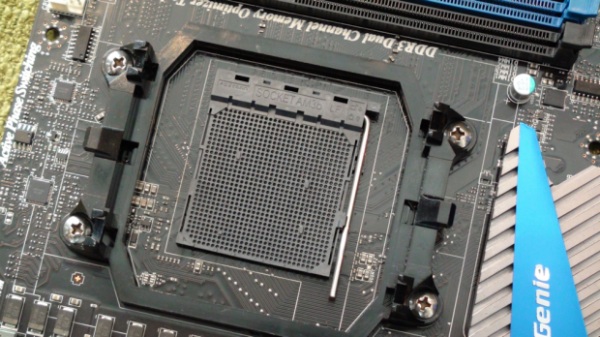 The new AM3+ (here marked AM3b) socket, supporting both the upcoming AM3+ CPUs as well as AM3 CPUs such as the Phenom II series

From the basic information visible, the board appears to utilise 3 PCI-E graphics slots (16x/16x/off) or (16x/8x/8x), one full length PCI-E 4x slot, two PCI-E x1 slots and a solitary legacy PCI slot. Six internal SATA 6 Gbps ports and two eSATA round up the storage, and USB 3.0 functionally ensures the board is as future-proof as possible, as well as compliment of other, more standard equipment. MSI adds value through a 10-phase CPU VRM, Military Class II components and features such as OC Genie to make overclocking a little easier. 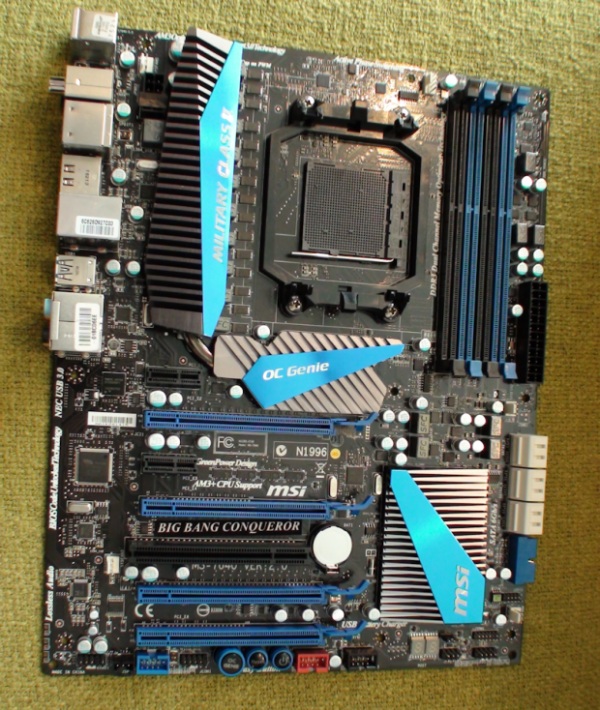 The board sports attractive silver and blue heatsinks, high grade components and much more

If you have any thoughts on the Big Bang Conqueror, Bulldozer, Zambezi or backwards compatibility, join the discussion in the forums