MSI Clarifies, But Doesn't Contradict, 'No Zen 2 On 300-series' Rumour


This week's outrage that has got the technology press all in a tizzy is the issue of next-generation AMD Ryzen CPU support on prior generation MSI motherboards. Based solely on a brief statement by support staff re-published on Reddit, it was concluded that MSI would not be supporting 'Zen 2/Matisse' Ryzen 3000-series CPUs on their 300-series motherboards (released in 2016/17), despite the platform as a whole continuing to use AMD's AM4 socket. The outcry (itself of dubious merit given how starved of information support staff often are) was so strong that MSI has seen fit to issue to press release on the matter:

It has come to our attention that MSI Customer Support has regrettably misinformed an MSI customer with regards to potential support for next-gen AMD CPUs on the MSI X370 XPOWER GAMING TITANIUM motherboard. Through this statement we want clarify the current situation. 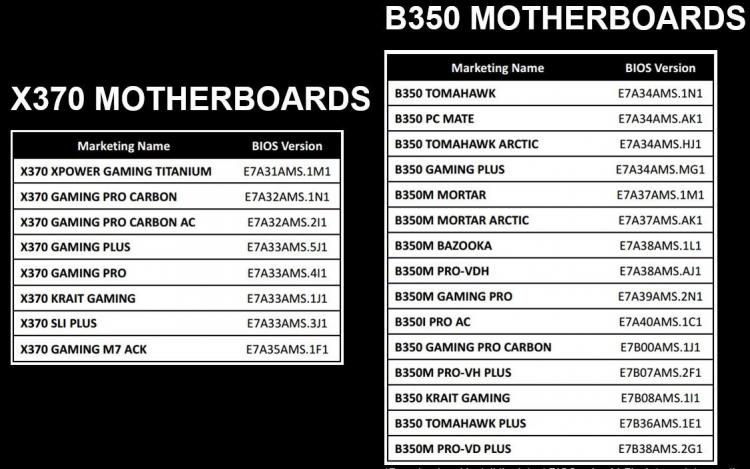 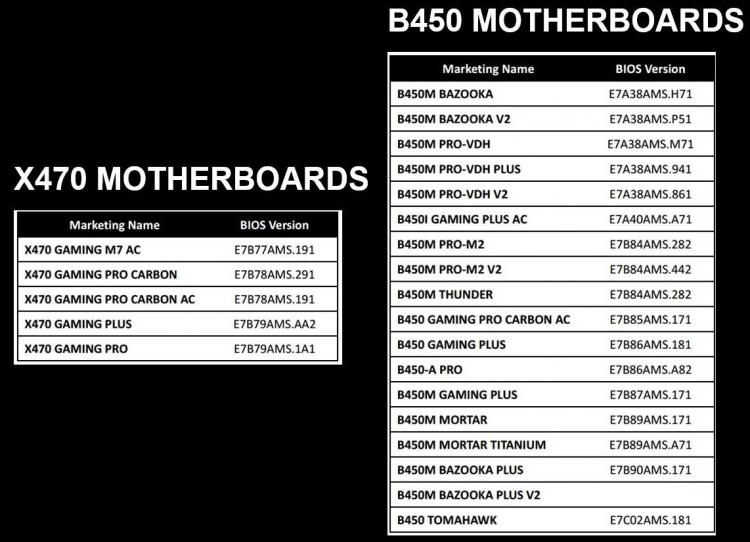 AMD have pledged to stick with AM4 through to at least 2020, a policy that is in contrast to Intel's recent trend of frequent motherboard updates that deliberately break compatibility with older CPU generations. Furthermore, Socket-AM4 motherboards support both AMD Ryzen CPUs and APUs as well as overclocking almost entirely across the range (A320 chipsets notwithstanding). It's one of the core selling points for AMD, and serves to also depress new motherboard pricing (as prior gen. motherboards retain compatibility).

Backwards compatibility between Zen 2 CPUs and 300-series motherboards was assumed, but is that fair? Zen 2 changes quite a few aspects of AMD's desktop platform, including support for PCI-Express 4.0 and a radical redesign of the Zen architecture into a chiplet layout. At the very least MSI are wise to perform 'extensive testing' as they put it before validating their boards to support Zen 2, and indeed it may turn out that certain features won't be supported (much like 300-series motherboards couldn't all support AMD XFR2 CPU frequency boost modes).

But we should be clear... no-where in the press release does MSI guarantee Zen 2 (AKA next-gen AMD CPU) support on B350 or X370-series motherboards. They do however however confirm support for next-gen AMD APUs (based on Zen+), accidentally conflating the two processor lines. By referring to 'Ryzen Processors' rather than CPUs explicitly (including on their official Facebook post), there's plenty of wriggle-room in this statement.

If it turns out that older MSI motherboards don't support the new desktop Ryzen CPUs (and by implication these statements would be interpreted as intending to deceive customers) the backlash is going to be nasty. And despite all of this, the devil will be in the detail when it comes to feature-level support; not just for MSI, but ASUS, ASRock, Gigabyte and all the other motherboard vendors planning to support AMD's upcoming launch.

AMD desktop CPUs based on their Zen 2 architecture are expected to be launched at Computex 2019 in late May during Dr. Lisa Su's keynote address.