MSI have officially stated that their latest generation of Z68 (G3) and H61 (G3) motherboards will support Intel's upcoming 22nm refresh of Sandy Bridge on LGA1155, known commonly as Ivy Bridge. Many retail H61M (G3) motherboards in circulation are already up to date, and new BIOS revisions of MSI's full range of Z68A-G and -GD (G3) boards are in the process of being released. Users who have taken advantage of MSI's Live Update tool will be upgraded automatically; other users will be able to download the new BIOS direct from MSI in the near future.

Full Ivy Bridge compatibility is defined as support for the upcoming range of processors built on Intel's 22nm process and LGA1155 socket, as well as support for PCI Expresses Gen3 - a significant bandwidth increase over Gen 2. Whilst other MSI motherboards may also support some features of Ivy Bridge, only the boards listed below have been confirmed to fully support the new processor: 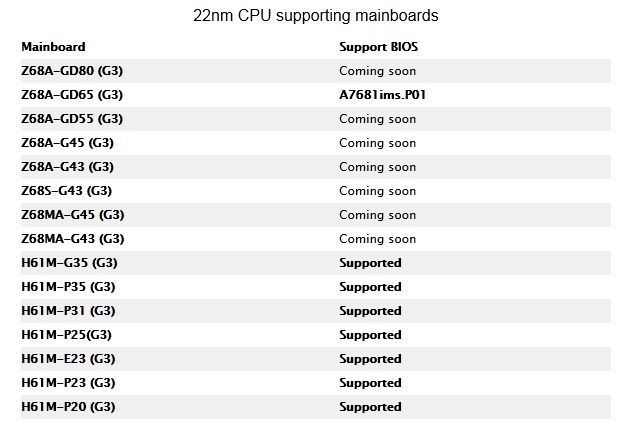