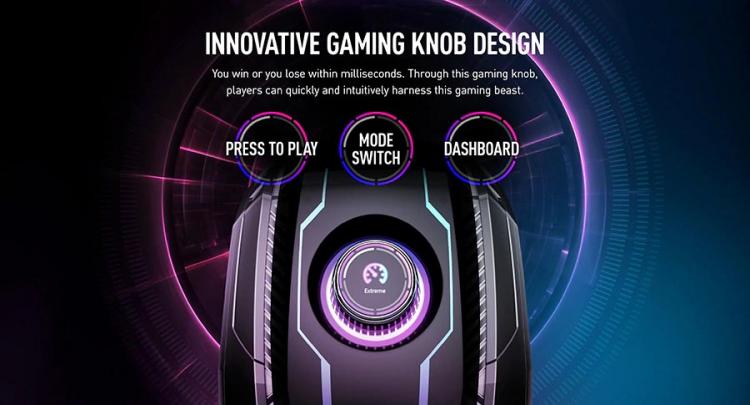 The MSI MEG Aegis Ti5 has the world's first gaming knob design. Through the LED knob on the front of the machine, players can quickly switch between different system performance settings and display system status. The gaming knob also functions as the start button of the game and defines an exclusive profile for the game. You can even set your desired performance, sound, lighting, and other functions through the MSI Dragon Center. Then you can easily start the game through the gaming knob, and link the exclusive configuration file. The gaming knob also has artificial intelligence technology that helps the system will detect its current location, then display local weather and temperature information accordingly on the gaming knob's LED panel. 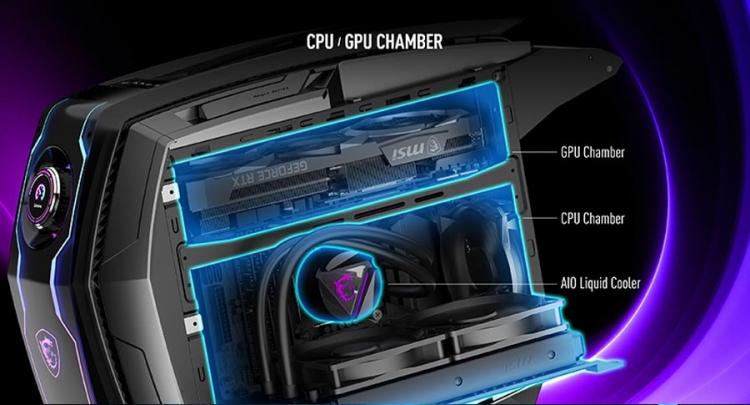 Silent Storm Cooling is a heat dissipation technology developed exclusively by MSI. The MSI MEG Aegis Ti5 not only retains the original separation of the CPU and GPU PSU but also changed the layout of the motherboard to an upside-down design, giving the NVIDIA GeForce RTX 3080 a powerful performance. On top of having better airflow conduction, the VRM chamber design is added to the back panel, and an MSI exclusive Propeller FAN is added to the back of the motherboard to cool the VRM (Voltage Regulator Module) on the motherboard. All of these pragmatic features help the MEG Aegis Ti5 achieve the best system performance. 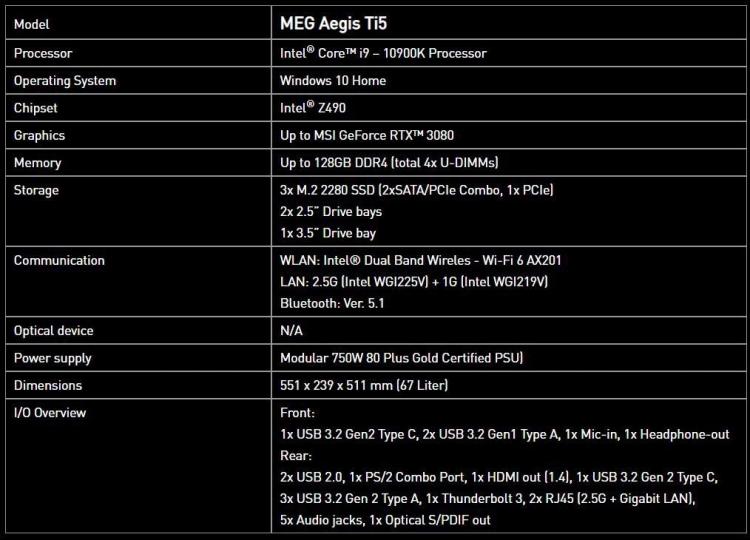 MSI did not reveal pricing as of this writing.

There are currently 911 user(s) online:
Google