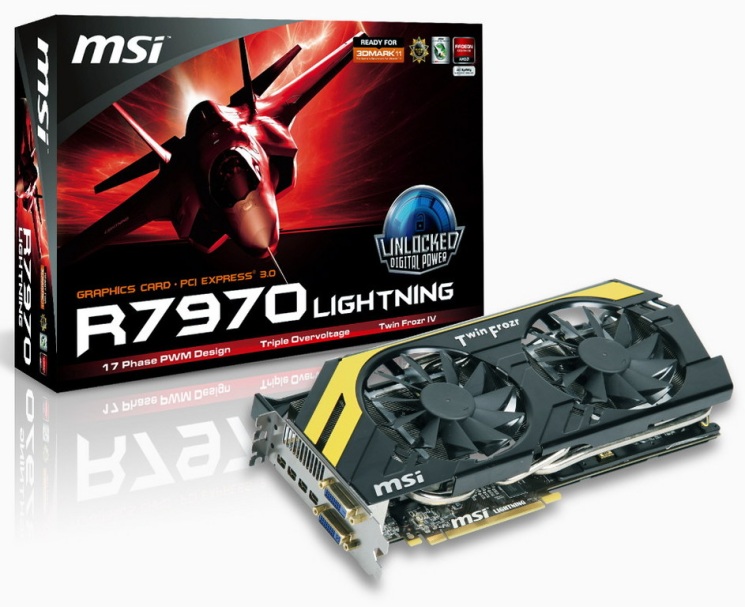 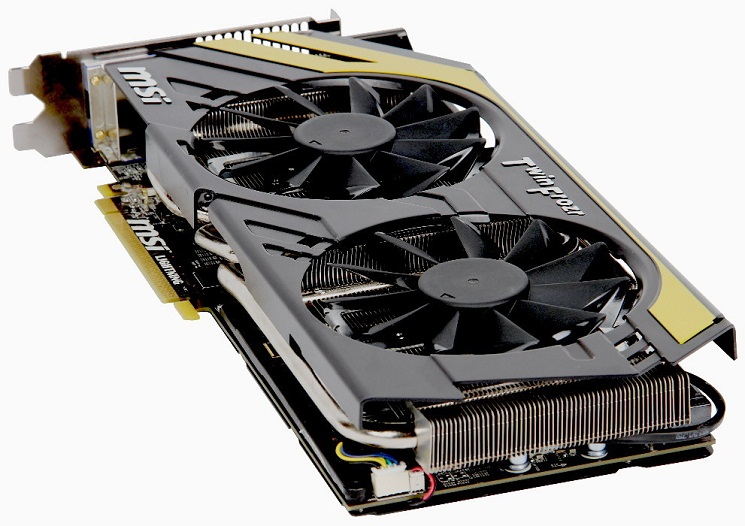 The MSI R7970 Lightning incorporates the next-generation Twin Frozr IV Thermal Design. The striking design of the new Twin Frozr IV comes from the two large 10cm PWM fan solution with PropellerBlade Technology that cool the advanced cooling body of the Twin Frozr IV. Under the aluminum Twin Frozr IV body, you can find a high density fin grid array that provides heat dissipating area that is fed by heat-pipes featuring MSIs SuperPipe technology. MSI has also incorporated its exclusive Dust Removal Technology, where the fan is running in reverse for 30 seconds after booting to remove dust from the heat sinks and keep the graphics card's cooling performance running at optimum levels. The R7970 Lightning also boasts two form-in-one heat sinks. One heat sink is located on the front of the graphics card to cool the memory and power supply modules, while the second heat sink on the back of the card helps to reinforce the card structure. This extreme cooling design provides the R7970 Lightning with the best cooling performance and the most reliable structure.

The MSI R7970 Lightning implements the innovative "GPU Reactor" power supply module which, when installed on the back of the GPU, increases current volume by 88%, reduces power supply noise by 13%, and improves overall overclocking stability. MSI GPU Reactor is easy to install and has built in safety features that make it easy even for ordinary users to install and remove.

MSI has always led the industry thanks to its unyielding commitment to product stability and quality and made sure that the R7970 Lightning was equipped with Military Class III components certified to Military Standard 810G in seven different categories by a certified laboratory. Be it tantalum core Hi-c CAP around the graphics card, the CopperMOS cooling design, the form-in-one Golden SSC, or as the cards moisture/rust-proof Dark Solid CAP, all work together to provide the MSI R7970 Lightning with the best possible stability. 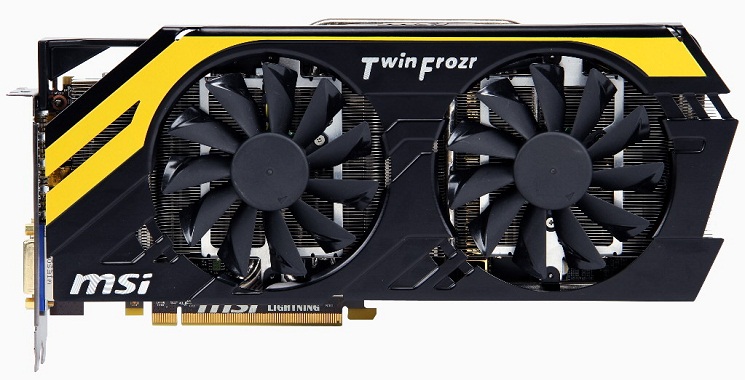