MSI releases BIOS updated for its AMD X470 and B450 Series motherboards to support the AMD Raven Ridge processors namely the Athlon 200GE and upcoming Athlon 220GE and 240GE processors. AMD first released the Athlon 200GE with Vega graphics last September 2018, a dual core, four-thread processor with 3 Radeon Graphics CUs featuring the 14nanometer Zen architecture. The Athlon 200GE has an MSRP of $55 USD during its release. The AMD Athlon 220GE and 240GE APUs were said to be released on Q4 2018 during the release of the 200GE APU but it still yet to be seen. Hence, MSI readies BIOS updates for its AMD X470 and B450 motherboards for its upcoming release. 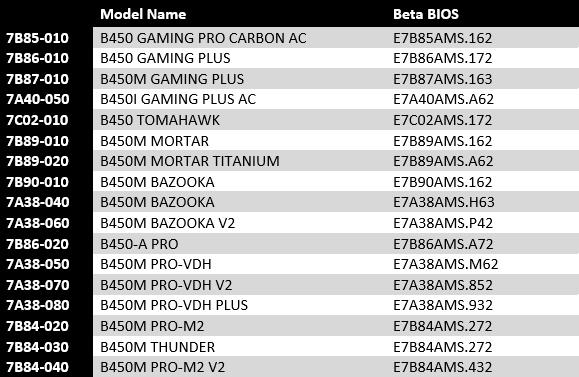