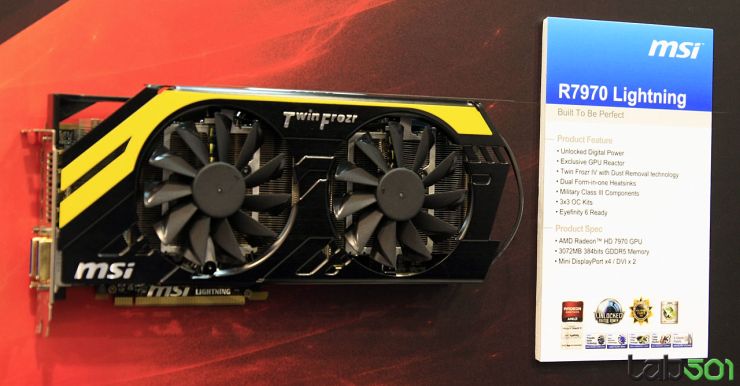 The news is just starting to trickle out of CeBIT 2012 which starts this week, and in early viewings Lab501.ro spotted some new graphics solutions from MSI. The cards are all based around AMD's 28nm GPU and range from the mainstream 7750 through to the 7970 for high-end gaming configurations. 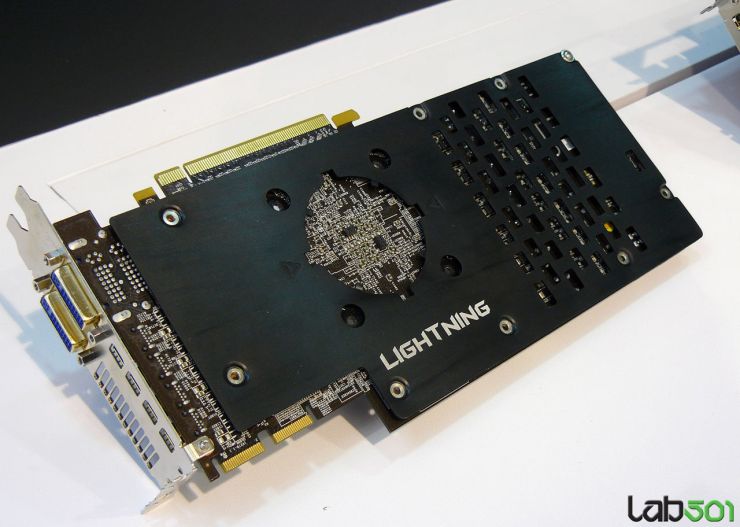 One of the cards included in the display is an HD7970 Lightning, 'Lightning' typically being the moniker MSI utilises for somewhat over-engineer cards designed with voltage tweaking and extreme overclocking very much in mind. As with previous Lightning's, this version will be supplied with two 8-Pin PCIE power connections to supply the juice it needs for the highest clocks.

The card features a custom black PCB, backplate and VRM/RAM heatspreader, and is bolted to the latest iteration on MSI's high-end cooling solution - the Twin Frozr IV. Depending on just where the limitations lie in the HD7970 GPU, the card itself should have a substantial factory overclock and could be a monster overclocker for enthusiasts. 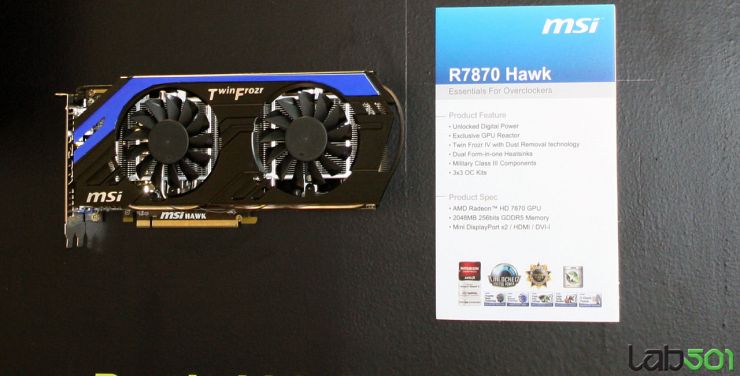 The second card of some significance is the HD7870 Hawk. The Hawk label has been used in the past to denote popular mid-range cards with high overclocking potential, coupled to both AMD and NVIDIA GPU product lines. To be the bang for your buck overclocking king in MSI's 28nm 7000-series lineup, the 7870 Hawk has some pretty big boots to fill.

Other cards, including Twin Frozr III editions of the 7950 and the 7850, round out the range for gamers with a variety of budgets seeking to squeeze out the most value from their products.

More news from MSI and AMD will no doubt come over the course of CeBIT.