The name may be covered up but sources would suggest that this is the MSI Z77A-GD55. Offering the new Z77 chipset from Intel that will support LGA 1155 Sandy Bridge CPUs as well as coming 22nm Ivy Bridge CPUs. This board has trimmed off excess fat compared to the Z77A-GD65 to offer a quality board at a lower price point. 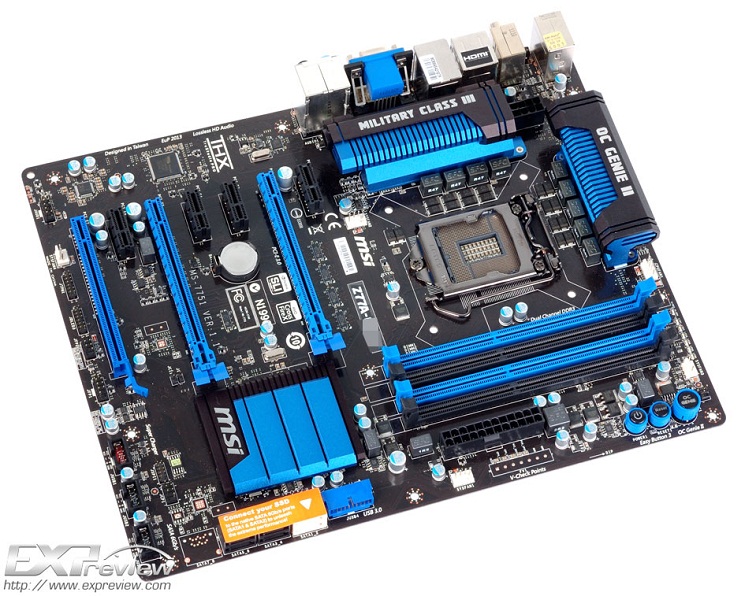 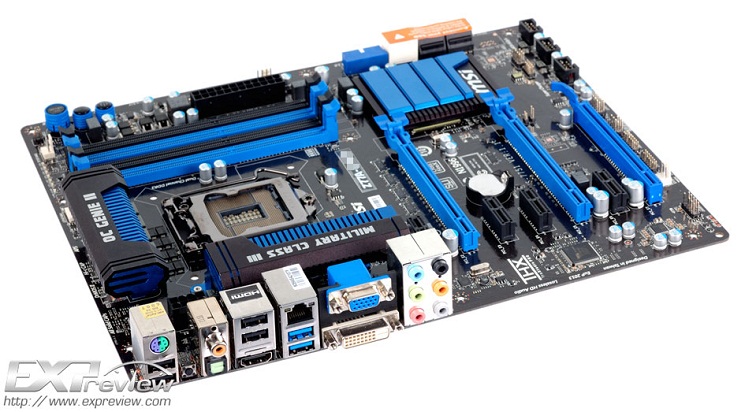 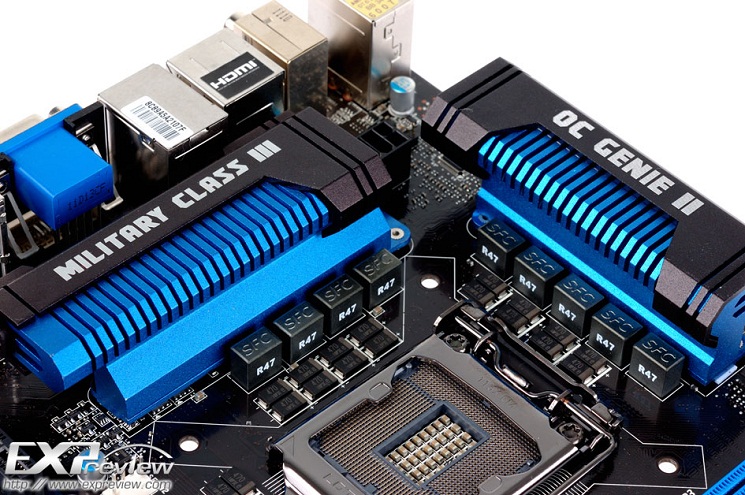 We see MSI's latest heatsink arrangement consisting of the now familiar blue colour associated with MSI shrouded in black advertising 'Military class III' and 'OC Genie II'. Under the heatsinks we see the 9 phase power delivery to the CPU.