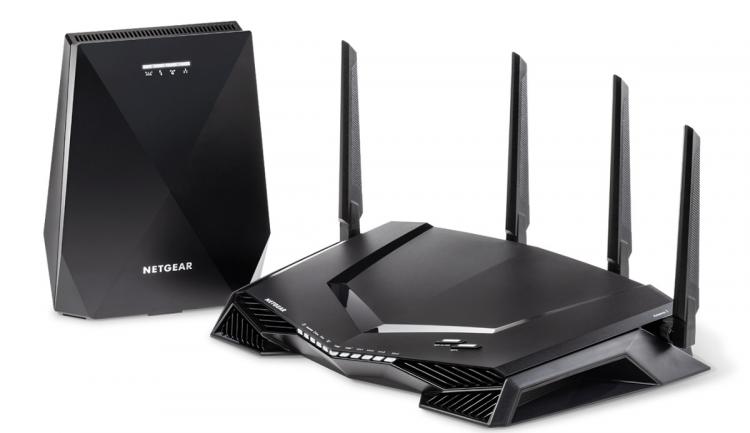 BRACKNELL, UK  June 26, 2019  NETGEAR®, Inc., the leading provider of networking products to advance online gameplay is introducing the availability of the first Nighthawk® Pro Gaming Mesh WiFi system (XRM570). Gamers everywhere will benefit from the freedom to game and stream wherever they please with the powerful tri-band mesh extender technology, along with state-of-the-art DumaOS gaming software, which work together to minimize ping, reduce lag, and enhance the online gaming experience while simultaneously extending broadband WiFi throughout the entire home.

The Nighthawk® Pro Gaming Mesh WiFi System (XRM570) is comprised of two components, a Nighthawk Mesh EX7700 Tri-band WiFi extender and the Nighthawk Pro Gaming XR500 WiFi router, which come pre-paired out of the box for quick set up, to deliver a whole home WiFi network for seamless streaming and roaming.

This new mesh WiFi system for gamers includes a pre-paired Nighthawk Mesh extender to provide high-performance WiFi throughout your home. With Nighthawk Mesh Extender rapid set up, simply plug it in and experience whole home seamless WiFi coverage, with one network name. The tri-band mesh extender enables faster WiFi speeds than traditional extenders by providing a dedicated back channel for high-speed data flow and a Smart Roaming feature which intelligently connects your mobile devices to fast WiFi as you roam around the home with seamless 4K video streaming, web surfing and more.

The dual-band WiFi router in the XRM570 system has a dual-core 1.7GHz processor, perfect for gaming as well as for HD streaming, and includes the award-winning NPG DumaOS Gaming Dashboard to enable features such as Geo Filtering, Hybrid VPN, Quality of Service (QoS), and Network Monitoring. The entire Nighthawk Pro Gaming line up is designed to reduce lag during online gameplay and prioritises bandwidth by device to eliminate congestion while protecting your connection with VPN. 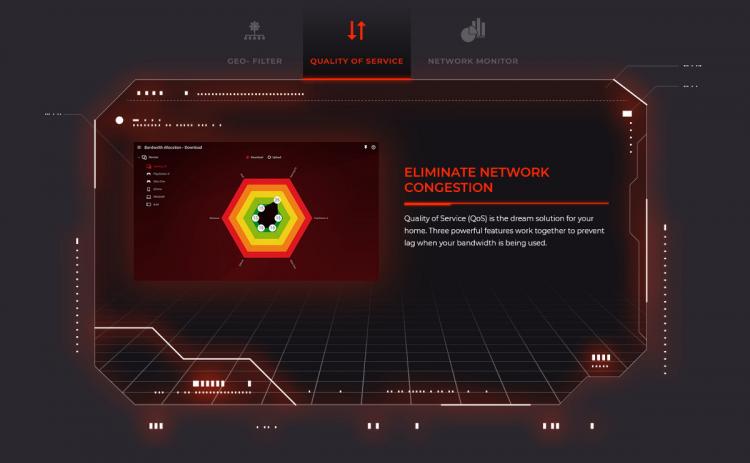 Gamers around the world have been applauding the benefits of the award-winning Nighthawk Pro Gaming routers. And now, customers no longer have to choose between whole home coverage or specialised gaming features, said David Henry, senior vice president of Connected Home Products for NETGEAR. The new Nighthawk Pro Gaming Mesh WiFi system addresses the concerns of a modern household while also addressing the specific needs of the gamer and keeping every member of the household happily connected.

This new Nighthawk Mesh bundle is a great fit for larger homes with numerous connected devices. With both the router and the extender, wired connections can be provided where needed, for example both the gaming console located in a living room, as well a gaming PC on the second floor via the mesh extender can benefit from being networked with an Ethernet connection. Best of all, you will have full control to configure your gaming network with the amazing DumaOS.

The Nighthawk Pro Gaming Mesh WiFi System is managed by the free Nighthawk app, and will extend reliable WiFi throughout the home and will deliver up to 100% faster WiFi speeds than traditional extenders. The XRM570 is compatible with your favorite gaming systems, including PC, Xbox®, PlayStation®, Nintendo® Switch, and more.

The XRM570 Nighthawk® Pro Gaming WiFi Router & Mesh WiFi System is available now from NETGEAR.com and through authorised resellers, ecommerce sites, and major retailers, at an MSRP of £319.99.