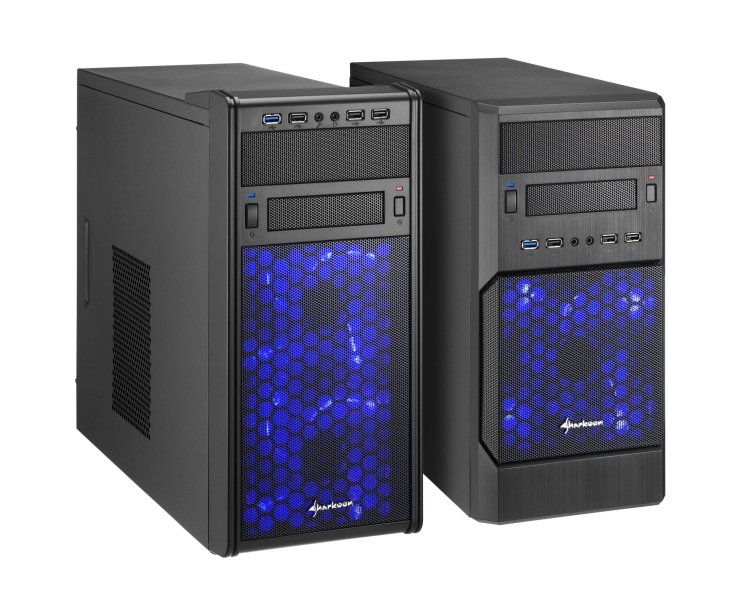 Sharkoon introduces two micro-ATX cases, which despite its compact form factor, can contain graphic cards up to 36 cm in length: The Sharkoon MS120 mATX and the Sharkoon 140 mATX are especially aimed at gamers who are looking for a handy companion at LAN parties and at the same time not wanting to miss out on extra-long graphics power.

In addition, the functionality of both is the same: Both cases contain auxiliary audio and three USB2.0 ports, and a SuperSpeed USB3.0 port on the front of the I/O panel. Inside contains an optical drive, an externally accessible 3.5 inch drive and four extension card slots, and up to four 3.5 inch hard drives or up to six 2.5 inch hard drives or SSDs. The data mediums are inserted lengthwise within the two suspended mounting panels. On both panels, either two 3.5 inch hard drives can be decoupled installed or three 2.5 inch drives can be firmly attached. If necessary, one of the two panels can be removed to make room for the up to 36 cm long graphic card; thus comfortably accommodating high-end models, such as the Nvidias GeForce GTX590 or AMDs Radeon 6990. As a trade-off for the removable panel, an additional hard drive bracket is added to the base area. 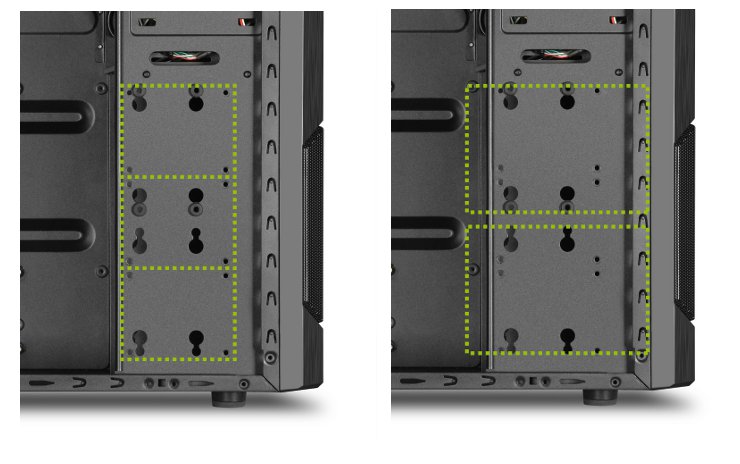 Despite its compact design, efficient cooling of the housing is ensured: The airflow through the pre-installed front fan is supported through the air intake on the side panel. By surrendering the supported PCIe-Slot on the mainboard for a graphic card cooler, a filter-protected 120mm fan can be mounted to the base of the case. Additionally, a fixture to mount an 80 or 92mm fan is located in the rear. The case measures 420 x 175 x 375 (MS120) or 368 (MS140) millimeters, the empty weight is 4 kg.


For further questions, to request samples and/or photos, or other information please contact us or go to www.sharkoon.com. 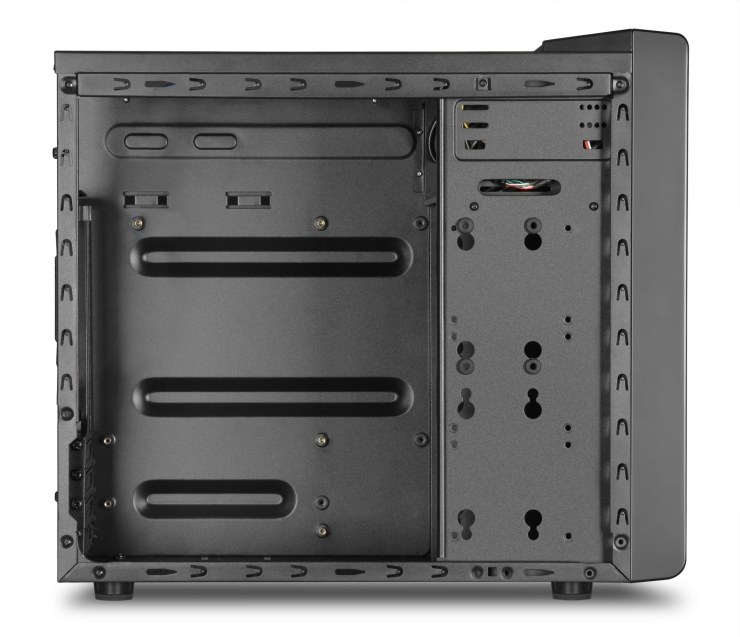 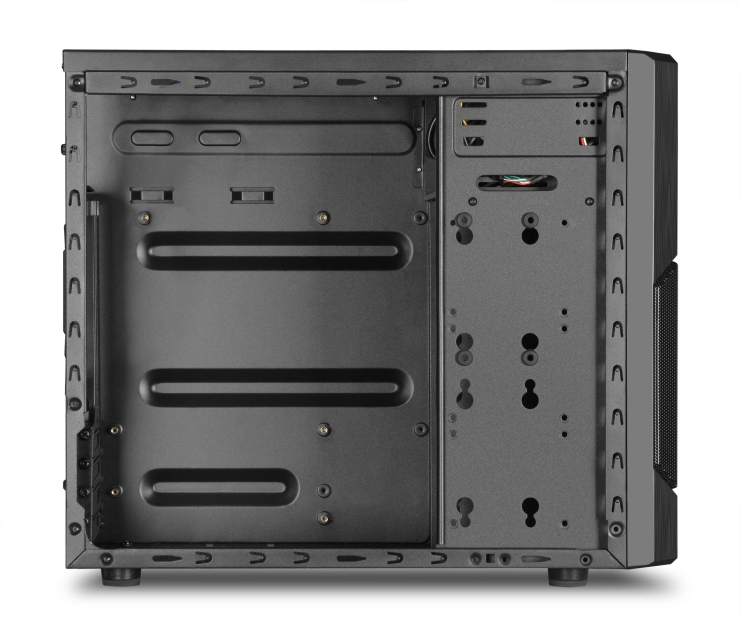